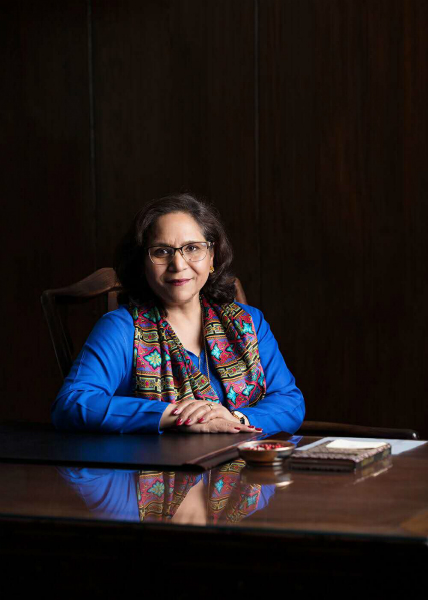 Pakistan and China are "iron brothers" who have always stood by each other in their hour of need, said Ms. Naghmana Alamgir Hashmi, Pakistani ambassador to China, in an exclusive interview with China.org.cn.

COVID-19 has emerged as the most formidable challenge for mankind in recent times. As of 10:30 a.m. Beijing Time on April 8, Pakistan had registered 4,035 confirmed cases, with 57 deaths, as shown by an interactive map from the Center for Systems Science and Engineering at Johns Hopkins University.

According to the ambassador, Pakistan has taken stringent disease prevention and control steps in response to this daunting crisis, including the closure of educational institutions, nationwide restrictions on mass gatherings, a suspension of international flight operations and aggressive enforcement of social-distancing measures.

"Like many countries in the grip of COVID-19, Pakistan is facing many challenges to effectively curb and eliminate this epidemic," explained the ambassador. "And due to the lockdown, travel restrictions and a looming global recession, the country is also preparing itself to absorb ensuing economic shocks."

A friend in need is a friend indeed. In the early phase of the viral epidemic in China, Pakistan extended its utmost material and moral support to the Chinese people.

"The Pakistani government sent all their stocks of face masks from the country's hospitals to China," said Ma Zhaoxu, vice minister of foreign affairs, during a press conference on March 5 organized by the State Council Information Office (SCIO).

Now, as China has essentially contained the outbreak domestically, the Chinese government and people have reciprocated in kind.

According to the ambassador, China dispatched a special aircraft to Pakistan with a team of medical professionals and relief aid to help fight the epidemic. Pakistan has been the major recipient of an overwhelming volume of essential equipment including testing kits, ventilators, personal protective equipment, infrared scanners and face masks, which have come from official channels, the corporate sector and Chinese individuals.

"China is also extending support to Pakistan to help build a hospital against COVID-19," stated the ambassador. "During the visit of Pakistani President Arif Alvi to China on March 16-17, both countries also signed Letters of Exchange to enhance Pakistan's capability to fight the epidemic."

"This important help and assistance, indeed, is an emblem of strong brotherly sentiments that people of the two countries harbor for each other. We are grateful to the Chinese people for the warms sentiments and support they have showered upon Pakistan," the ambassador said. 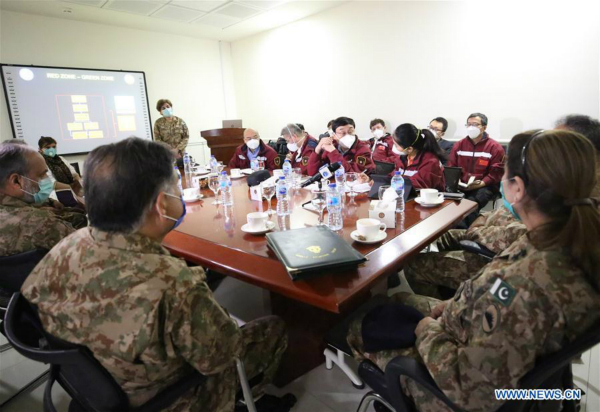 Bilateral relations forged in the crucible of time

Pakistani President Arif Alvi visited China at a very special juncture, when the Chinese government and Chinese people were making all-out efforts to bring the outbreak under control.

The ambassador explained, "The purpose of [the president's] visit was to reiterate Pakistan's firm solidarity and unflinching support to our 'iron brother' in this challenging time, express condolences with the bereaved families, and pay tribute to the courage and determination of the Chinese people for putting-up a heroic fight against the viral epidemic."

"The president's visit was also a reaffirmation of our 'all-weather strategic cooperative partnership' and a resounding declaration that Pakistan-China ties remain unaffected by domestic challenges or adverse global upheavals," added the ambassador.

Next year, Pakistan and China will celebrate the 70th anniversary of the establishment of bilateral diplomatic ties. The ambassador said that this would be a special moment to celebrate past achievements and renew the pledge to take their friendship to new heights.

"I foresee more robust, inclusive and all-encompassing relations between our two countries in the future, which would not only serve the best interests of our two countries but would also ensure peace, stability and prosperity in the entire region," said the ambassador.

COVID-19 is viewed as the most serious challenge to the global community since World War II. This crisis could deal a debilitating blow to international economic growth, regional integration and the onward march of globalization.

However, as the pandemic has spread far and wide, xenophobia, discrimination and stigmatization have also been exposed across the world. The ambassador emphasized the need to be very watchful of this scenario.

"China has succeeded in turning the tide against the viral epidemic and restored normalcy in the entire country. And now, China is generously sharing its expertise, equipment and experience with the international community to combat the epidemic." The ambassador stressed that the current situation called for greater international coordination and cooperation among the global community to curb and comprehensively eliminate this menace.

"This crisis should be a moment of reflection for us to revisit and review our previous concepts about issues of transnational health, environment, and economics, and reform them in the light of emergent realities for the benefit of the entire humanity."

"Perhaps, this crisis – colossal as it may be – reaffirms our resolve in multilateralism and bestows world leaders with the clarity and courage to shun isolationism for good, and renew faith in joint efforts for a shared and prosperous future for all," concluded the ambassador.