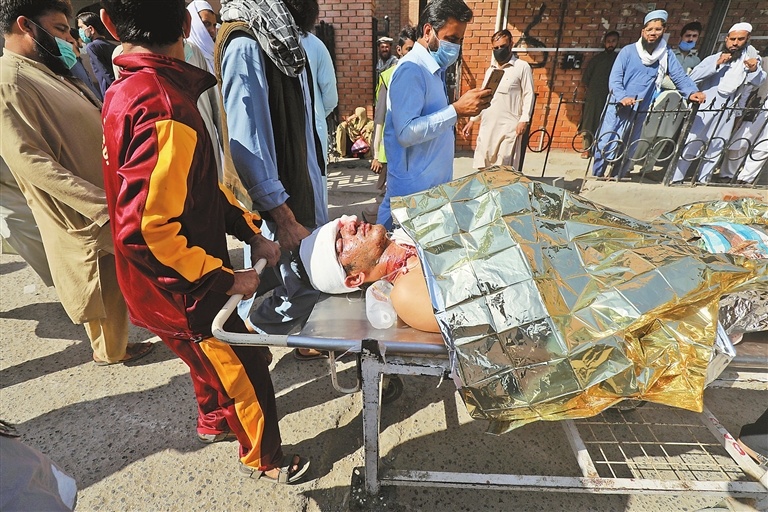 A BOMB blast at a religious seminary in the Pakistani city of Peshawar yesterday killed at least seven people and wounded more than 100, police and hospital officials said.

There was no immediate claim of responsibility for the bomb in the northwestern city, near the border with Afghanistan, which has long been plagued by Islamist violence.

“Unknown people planted explosives in a plastic bag,” said a police officer who declined to be identified as he is not authorized to speak to media.

Though militant violence in the city, and in Pakistan in general, has fallen over recent years, there has been an increase in attacks on the security forces this year in Khyber Pakhtunkhwa province, of which Peshawar is capital.

Some of the past attacks have been claimed by the Pakistani Taliban. However, the militant group released a statement saying they condemned yesterday’s blast and denied involvement.

Prime Minister Imran Khan on Twitter sent his condolences to family members of the victims and the injured. “I want to assure my nation we will ensure the terrorists responsible for this cowardly barbaric attack are brought to justice ASAP,” he said.

Tariq Burki, director the city’s Lady Reading Hospital, said earlier that four of the seven dead were children but later said four children were wounded and all the dead were adults.

Five of the wounded were in critical condition, he said.

The hospital released a list showing more than a dozen of those wounded were from Afghanistan.