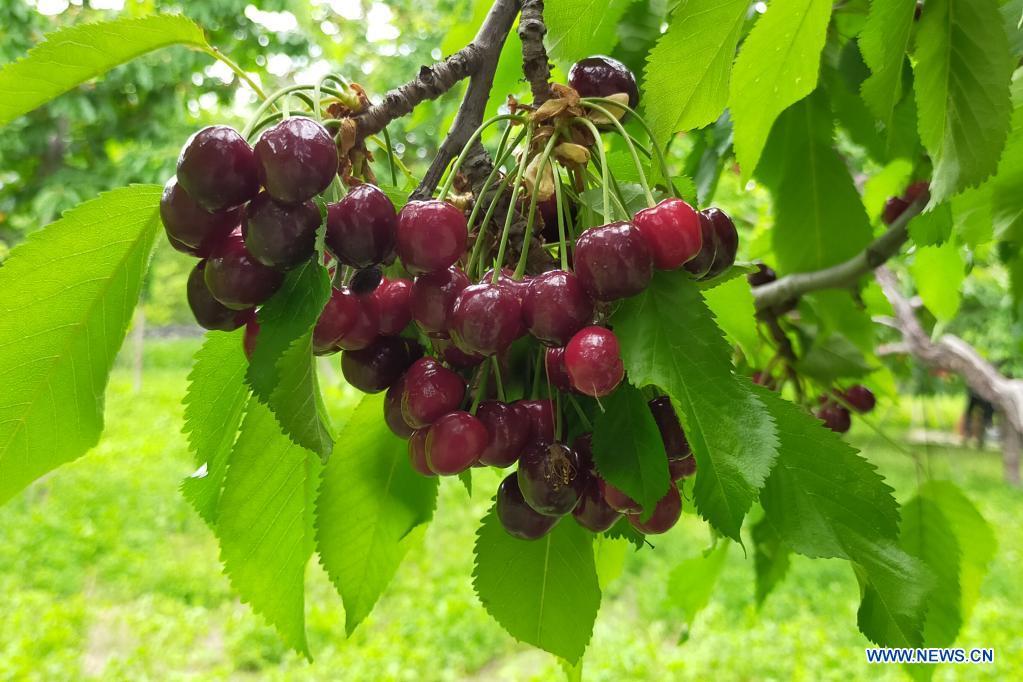 ISLAMABAD, June 17 (Xinhua) -- Soaked in summer sun, scarlet cherries glow softly in trees standing tall at the foothills of the Himalayas and Karakoram mountain ranges in Pakistan's northern Gilgit-Baltistan region, a land with ample varieties of fruits including sweet cherries, tangy apricots and juicy pears during this part of the year.

Nourished by fresh glacial water, and ripened in golden sunbeams coupled with gentle breeze whirling to and fro in the lap of world's highest peaks, the cherries can relish the taste buds, and experts believe that the cherries will also bloom the lives of people in the area if they reach in high-end Chinese and other markets of the world.

According to Pakistan's Ministry of Planning, Development and Special Initiatives, cherry is grown at over 2,500 hectares of land in Pakistan with Gilgit-Baltistan and the southwestern Balochistan province being the two major cherry producing areas of the country, and Pakistan's collective yield of cherry in 2016 was over 6,000 tons.

Pakistan is currently not so competitive in terms of cherry production and processing as compared to some countries in the world, but the situation could get better if farmers in the cherry-growing areas are given proper guidance, knowledge and technology to meet the demands of international markets, experts say.

Pakistani cherry has not been so far able to reach any international market, except being sold in a few markets in the United Arab Emirates (UAE), because local farmers do not know the process and procedures to register their products in the international markets. And due to lack of knowledge, it is hard for them to get international certifications to have an access to foreign high-end trading hubs.

Zulfiqar Ali Ghazi, 47, grows cherries in Gilgit and also exports the fruit to the UAE after collecting it from locals.

Ghazi, who has been associated with the cherry production and distribution business for more than one and a half decade, said in a conversation with Xinhua that currently there are 19 varieties of cherries in the Gilgit-Baltistan region, and only a few of them are suitable for export.

The government gave away many cherry plants to farmers this year to enhance the fruit production in the area and to support locals, he said, adding that it is the right time to focus on growing the varieties which are being demanded in international markets.

"The government should work on getting the international certificates to approve exports of cherries and help us develop a cold chain to preserve the cherries whose current shelf life is seven to 10 days. Pakistani cherries have a huge potential, but they need urgent concentration and support to make their mark in international markets," he said.

Talking to Xinhua, Federal Minister for National Food Security and Research Syed Fakhar Imam said that the cherry fruit has not made any significant entry into the international market despite having potential and the government is devising plans to uplift the agricultural sector which will eventually benefit all farmers including the cherry producers.

"Distinctive flavor of our fruits will have an impact on high-end markets, and to achieve that target, we must have a system to regulate the standard and quality of cherries to meet the requirements of international markets, eventually leading to a greater international demand for it," he said.

Pakistan's cherry production is small due to which it is not eyeing so many foreign markets except China which is a big consumer market for cherries, the minister said, adding that the cooperation between the two countries in agriculture under the second phase of the China-Pakistan Economic Corridor will also encourage Chinese investors to invest in the country.

"Many Chinese have shown interest in investing in Pakistan and if they invest in cherry growing areas in the form of corporate farming, value addition and food processing, it will not only give benefit to the investors, but will also be a win-win situation for local public too."

Cherry prices stand high in the Chinese market, and once Pakistani cherries enter the country, it will give a big profit margin to local farmers and others around them to increase planting, the minister added.

Worth of fruits grows manifold after drying them, brewing juices from them or making jam and jelly to enhance their value addition.

Chinese are experts in food processing and their support in the form of joint ventures with local traders, and in corporate farming will help uplift the lives of local people greatly, Yasar Saleem Khan, a provincial team manager at the Pakistan office of the Center for Agriculture and Bioscience International, told Xinhua.

He also stressed on the renovation of old low-density and low-yield orchards with modern varieties, applying improved management practices to enhance yields and improve quality.

"The renovation process of the value chain and processing infrastructure will not only improve productivity of the fruit and reduce post-harvest losses, but also enhance quality of cherry for domestic and international consumption, enabling local farmers to get higher profits. These need to be initiated by the government and executed in collaboration with, and participation of the private sector including joint ventures with Chinese, farmers, traders and their groups and associations," he said. Enditem 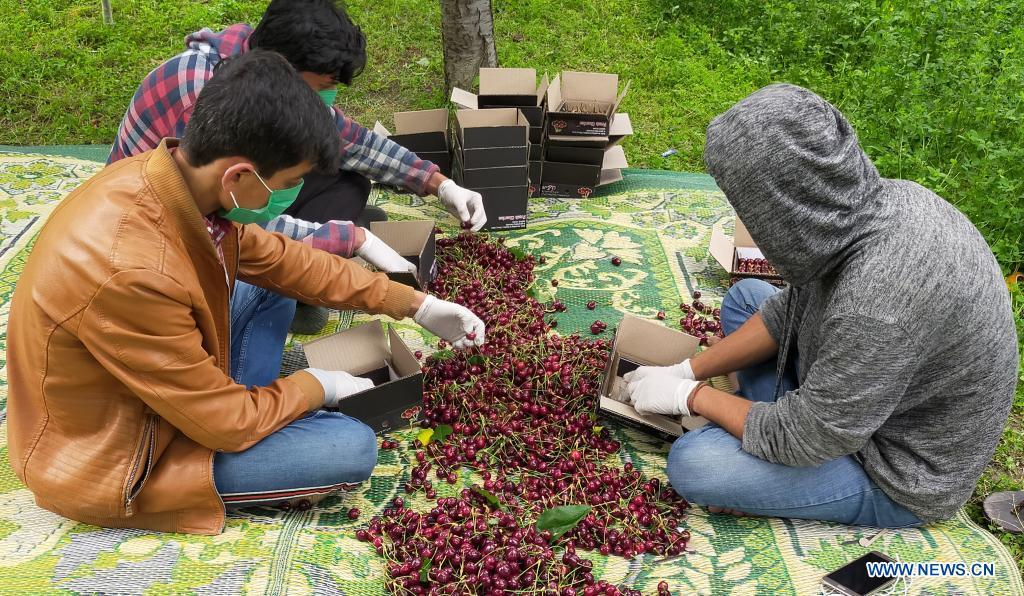