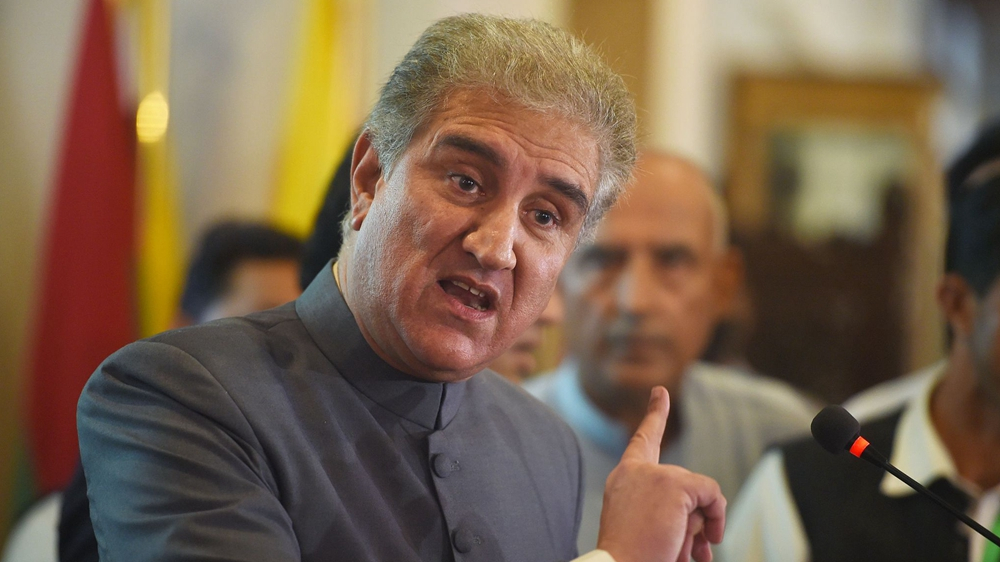 ISLAMABAD, Jan. 12 (Xinhua) -- Pakistani Foreign Minister Shah Mahmood Qureshi embarked on a visit to Iran and Saudi Arabia on Sunday for talks with his counterparts on tensions in the Middle East.

Like other regional countries, Pakistan was also concerned over the growing tensions between Iran and the United States as it would have negative effect on the country.

Qureshi left for Tehran Sunday morning on the first leg of his visit, according to the Foreign Ministry of Pakistan. He is accompanied by Foreign Secretary Sohail Mahmood and senior officials of the foreign ministry.

"While in Tehran, the foreign minister will meet Iranian Foreign Minister Javad Zarif and exchange views on the evolving situation in the Middle East/Gulf region," according to a Foreign Ministry statement.

He will visit Saudi Arabia on Monday to hold talks with Saudi Foreign Minister Prince Faisal bin Farhan Al Saud and consult on the issues of regional peace and stability.

"The recent developments seriously endanger peace and security in an already volatile region and underscore the need for immediate and collective efforts for a peaceful resolution," the statement said.

During these visits, the foreign minister will share Pakistan's perspective on the current situation, stress the imperative of avoiding any conflict, underscore the importance of defusing tensions, and stress the need for finding a diplomatic way forward.

Qureshi will convey Pakistan's readiness to support all efforts that facilitate resolution of differences and disputes through political and diplomatic means, the statement said.