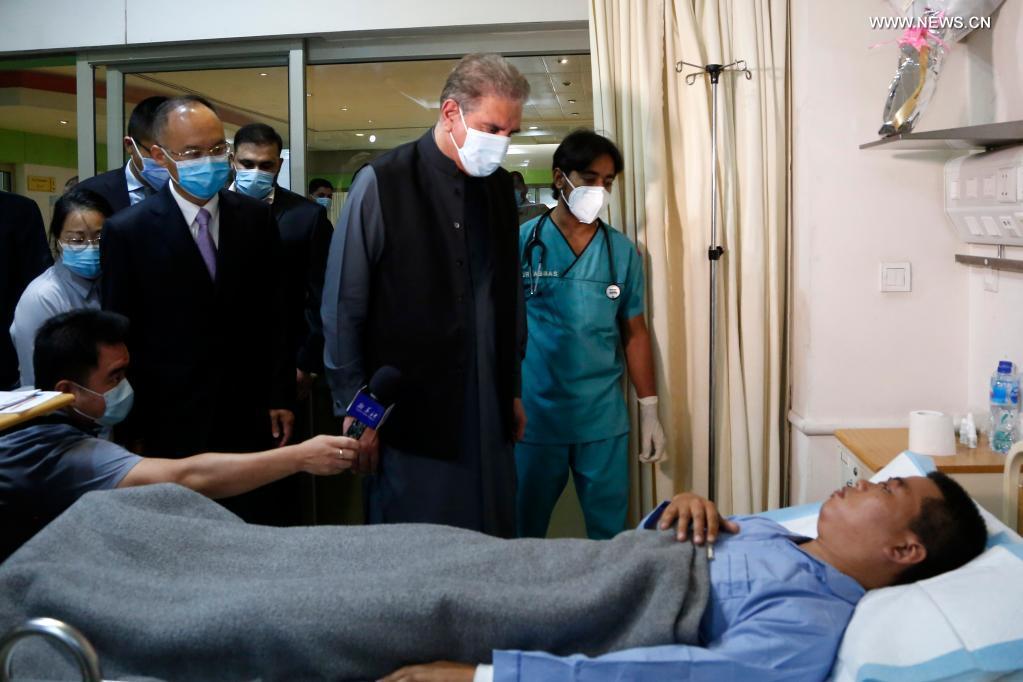 Qureshi asked in detail about the condition of and treatment for each wounded Chinese national, and expressed sincere sympathy to them on behalf of the Pakistani government and people.

He promised that the best treatment will be provided for the injured Chinese nationals to help them recover at an early date.

Talking to Chinese media on the occasion, the Pakistani foreign minister said that Pakistan and China "have collectively fought challenges in the past, and we have undertaken development projects in the past, which has mutually benefited China and Pakistan."

"We are aware of the fact that there are elements who do not want to see development activities in Pakistan... they have undertaken this cowardly act," he added.

Qureshi extended deep condolences to the bereaved families, saying that the Dasu attack is not only an attack on the Chinese, but also on Pakistan and the friendship between the two countries.

He said that Pakistan will work with China to do everything possible to trace the culprits and bring them to justice.

In July 14, the shuttle vehicles of the Dasu Hydropower Project, for which a Chinese company is contracted to build, were hit by a blast when they were heading to the construction site in Pakistan's northwestern Khyber Pakhtunkhwa province, leaving nine Chinese nationals and three Pakistanis dead, according to the Chinese embassy in Pakistan. Enditem 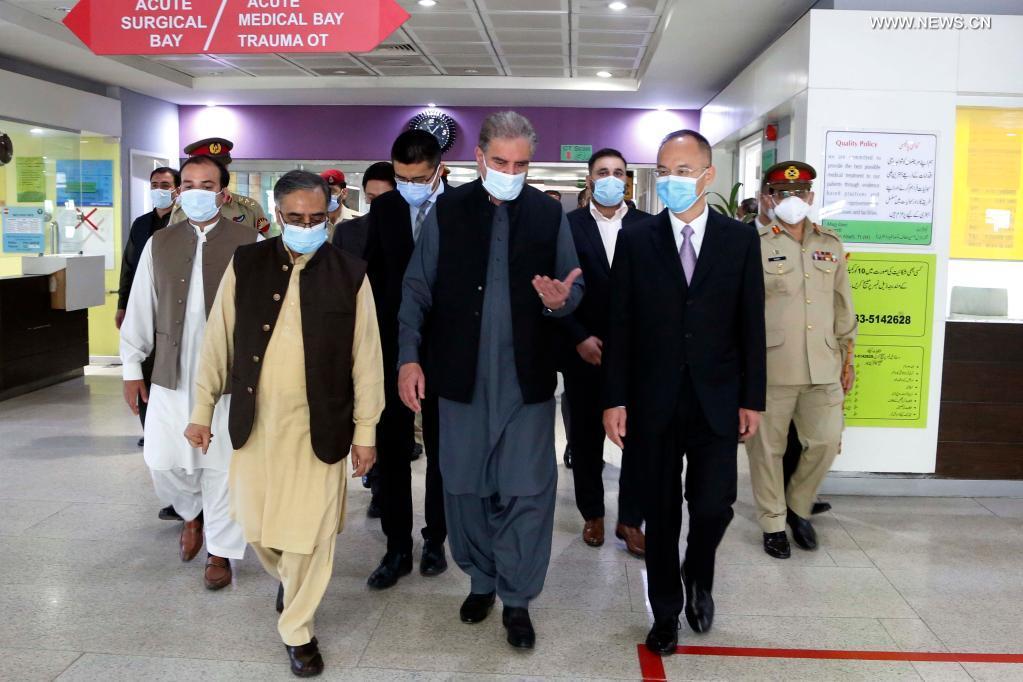