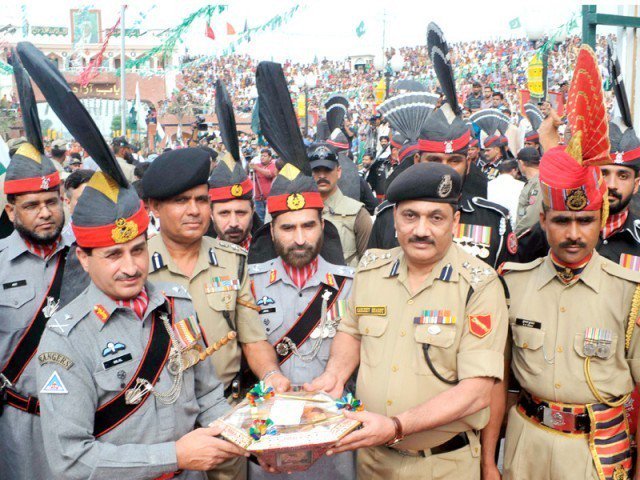 Senior Pakistani and Indian military officials agreed on Tuesday to reduce escalations along the borders in view of the sufferings of the civilians living on both sides, the Pakistani army's media wing the Inter-Services Public Relations (ISPR) said.

The agreement came amid increase in cross-border firing in recent days that causes casualties on both sides, mostly civilians.

A special hotline contact was established between Pakistan and Indian Director General Military Operations (DGMOs) on Tuesday and they reviewed the prevailing situation along the Line of Control (LoC) and Working Boundary and "mutually agreed to undertake sincere measures to improve the existing situation ensuring peace and avoidance of hardships to the civilians along the borders," the ISPR said in a statement.

"Both DGMOs agreed to fully implement the ceasefire understanding of 2003 in letter and spirit forthwith and to ensure that henceforth the ceasefire will not be violated by both sides," it said.

Both the DGMOs also agreed that in case of any issue, restraint will be exercised and the matter will be resolved through utilization of existing mechanisms of hotline contacts and border flag meetings at local commander's level.

Pakistan and India declared ceasefire in 2003 along the LoC and Working Boundary. However, both countries routinely accuse each other of ceasefire violations.