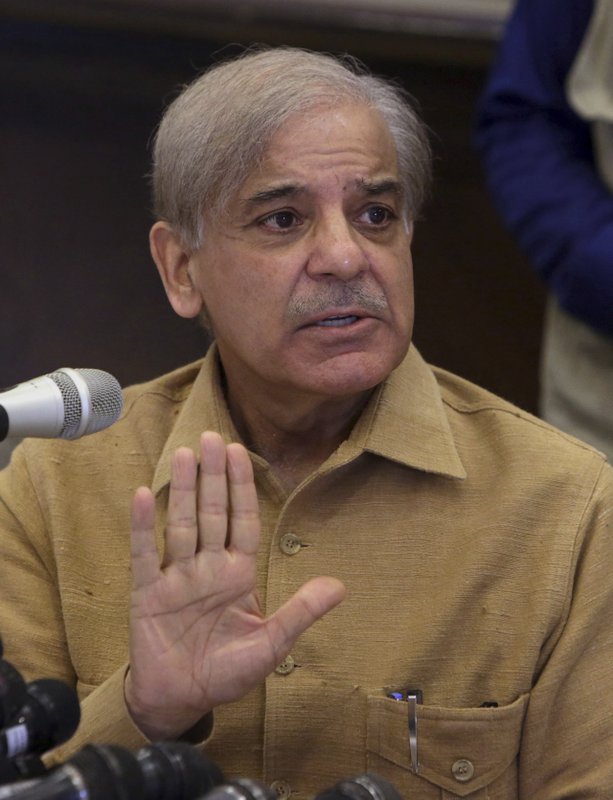 ISLAMABAD, (Xinhua) -- Head of Pakistan's opposition party appeared in a court for the first time on Saturday since his arrest 18 hours ago in what the country's anti-corruption body called a campaign against corruption, officials said.

The anti-graft authority had said in a statement that the PML-N leader was involved in corruption in a housing scheme namely "Ashiana-i-Iqbal housing project" during his rule in 2013-2018.

NAB said in a brief statement that Shehbaz, the younger brother of former Prime Minister Nawaz Sharif, was taken into custody in a house scheme scandal in Lahore.

A NAB prosecutor told the judge that Shehbaz had "misused his powers" as chief minister of Punjab province and granted the contract to a favorite company, causing "losses of millions of rupees to the national exchequer."

Shehbaz's defense lawyer rejected the NAB's assertions as baseless and opposed NAB's request for physical custody of him.

Angry PML-N supporters gathered in the premises of the NAB court and stopped the armored vehicle of the police in which Shehbaz was brought to the court. Paramilitary troops and anti-riot police removed the protesters and Shehbaz was taken to the NAB court.

Shehbaz Sharif is also the leader of the opposition in the National Assembly, lower house of the parliament, and the PML-N lawmakers on Saturday called emergency meeting of the parliament to discuss the situation.

Senior PML-N leader Ayaz Sadiq and senator Raja Zafar-ul-Haq told the media that the PML-N has sought cooperation from other opposition parties to requisition a special session of the parliament to discuss Shehbaz's arrest, which they described as "unjustified."

Nawaz Sharif condemned the arrest as a "ridiculous and state victimization."