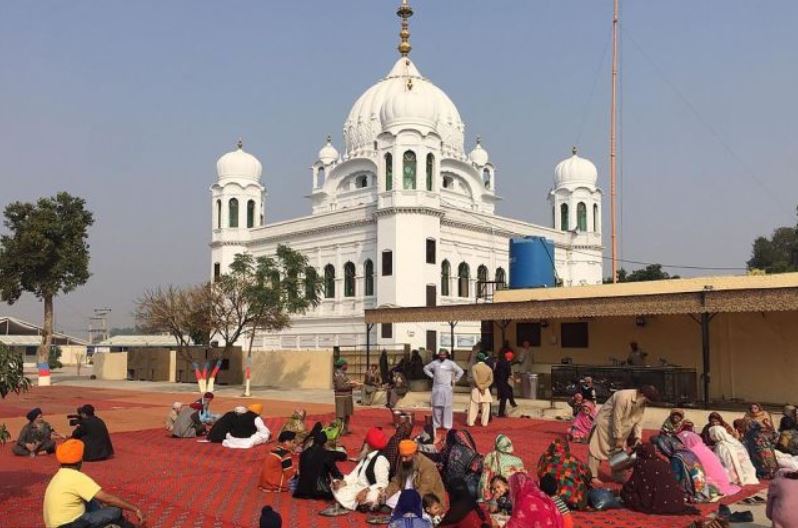 Pakistani Sikhs walk before a groundbreaking ceremony for the Kartarpur Corridor to be set up between India and Pakistan in Kartarpur on November 28, 2018. [Photo: VCG]

Pakistani Prime Minister Imran Khan on Wednesday laid the foundation stone at the ground breaking ceremony of a corridor along the country's border with India in a move to facilitate Indian Sikh pilgrims across the border.

Hundreds of Sikh pilgrims also attended the function and some participants welcomed the opening of the corridor which will enable them to visit the religious site without visa.

Experts believe the opening of the corridor could decrease tensions between the two neighbors and have positive impact on bilateral relations.

India had postponed dialogue with Pakistan in April 2016 after an attack on an Indian airbase in January which New Delhi blamed on Pakistan-based militants.

Pakistani Information Minister Fawad Chaudhry earlier termed the opening of the corridor as a "victory of peace" and said the decision will encourage the voices of reason on both sides of the border.