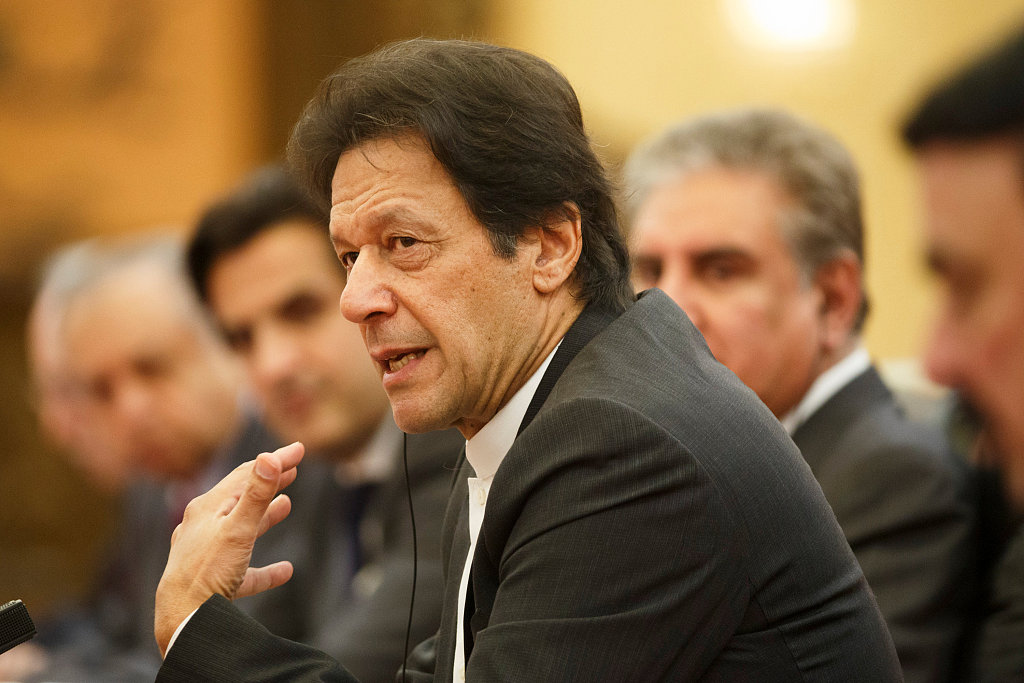 The Pakistani government arranged a special ceremony to roll out its first 100-day performance report. Addressing the ceremony, Khan said the government worked to form new policies and conduct pilot projects during the period.

After assuming office on Aug. 18 this year, Khan set a 100-day agenda for its government to achieve progress in the next five years.
According to the report, the government has achieved 18 out of 34 targets while works are in progress on the other 16 projects.
The report said the government has laid a strong foundation in six major areas, including the transformation of the governance, strengthening the federation, revitalization of economic growth, uplift of agriculture and conserving water, revolutionizing of social service, and ensuring national security.
To increase the country's revenue and strengthen economic growth, Khan presented his government's future policies to woo more foreign investments by creating an ideal atmosphere for investors, support small and medium level industries, increase exports and remove maximum hurdles in front of ease of doing business.
Khan said his government will promote housing finance to construct 5 million cheap and affordable houses for the needy people in next five years.
Besides focusing more on tourism, the prime minister vowed to learn from China in the fields of agriculture, livestock and fisheries by providing modern technologies, expertise and funds to the farmers.
He vowed to bring more people out of poverty in the coming years by setting up a new department named the Poverty Alleviation Authority, ensuring food security to the poor and reforming public hospitals.
The prime minister looked firm to continue his campaign against corruption, bring reforms in taxation and judicial system and furthering pushing for the austerity campaign.
He was confident that the government's all economic efforts will help create 10 million new jobs in the next five years.