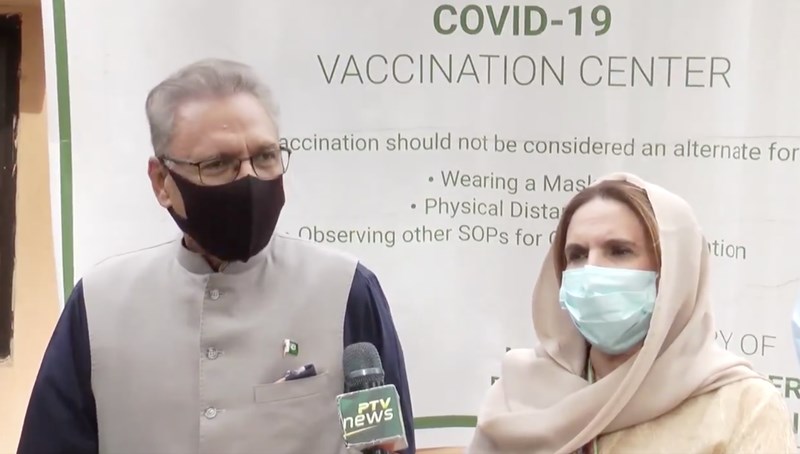 Pakistani President Arif Alvi talks to media after being vaccinated together with his wife Samina Alvi. (Screenshot from twitter account @PresOfPakistan)

ISLAMABAD, March 15 (Xinhua) -- Pakistani President Arif Alvi and his wife Samina Alvi on Monday received their COVID-19 jabs with the Sinopharm vaccine in Islamabad, according to a statement from the president's office.

The couple received the jabs at a vaccination center after they registered themselves for the vaccination last month through a service hotline.

A senior official from the country's health ministry confirmed that the president received the Sinopharm dose.

"I think the vaccine gives further protection but we will have to take precautions of wearing masks, washing hands and social distancing unless the world fully overcomes the pandemic," the Pakistani president told reporters after the vaccination.

Alvi said the deadly disease affects the elderly more than others and it could only be tackled through precautions, adding that the government has put in place an efficient mechanism for vaccination of the people on their turn.

Pakistan received China-developed COVID-19 vaccines from the Chinese government and military last month and launched massive vaccination thereafter firstly for the country's frontline healthcare workers. Vaccination for people over 60 years of age was kicked off early this month.