The Senate of Pakistan on Thursday unanimously passed a resolution to express gratitude to China for supporting Pakistan during the COVID-19 crisis. 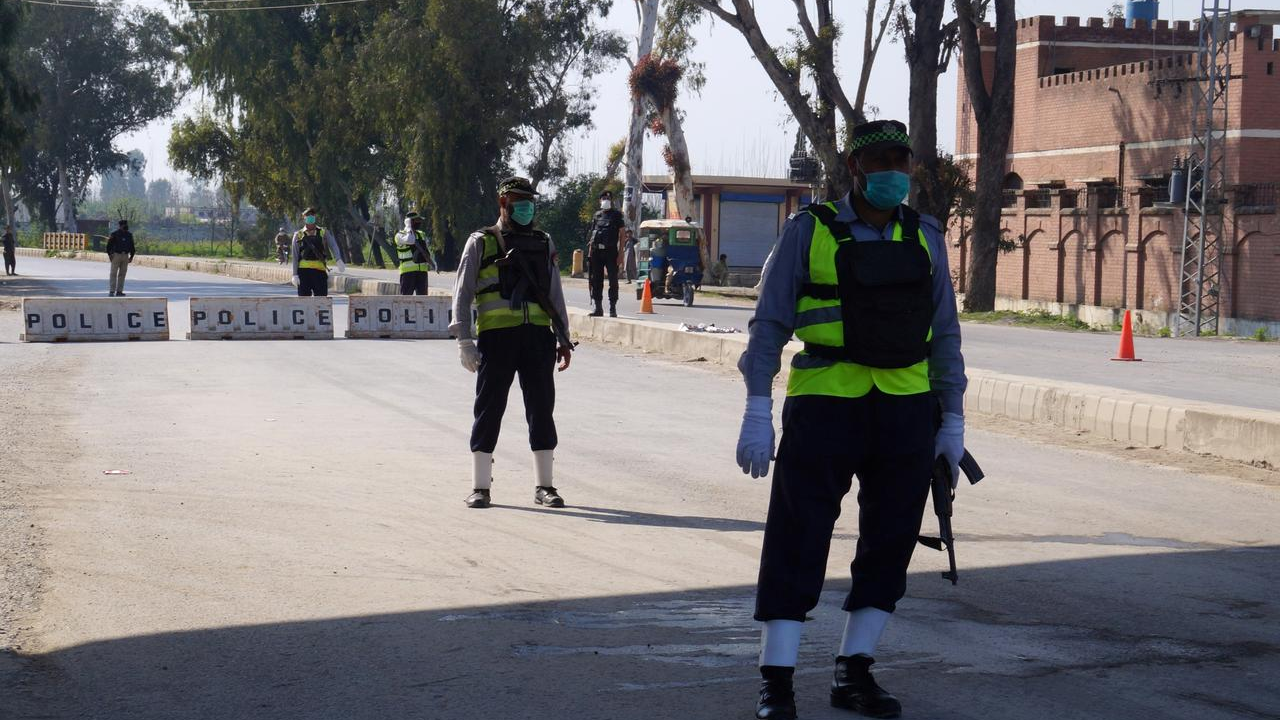 Police officers stand guard at a blocked road leading to Manga village after an outbreak of COVID-19, in Marden, Pakistan March 19, 2020. Photo by Reuters via CGTN

Taking note of China's strong support and timely assistance to Pakistan during the current COVID-19 crisis, the senate, Pakistan's upper house of parliament, expressed its deep appreciation to the Chinese government and the Chinese people for their unflinching role as "all-weather friends" of Pakistan, according to the resolution.

"China's support to Pakistan has helped combat COVID-19 by protecting our people and saving lives as well as providing our health workers with testing kits, protective gears and ventilators at a time when these were badly needed plus sending medical teams," the resolution said.

The resolution was presented by Raja Muhammad Zafar-ul-Haq, leader of the opposition in the senate, and was endorsed by the treasury and opposition benches.

"As 'Iron Brothers,' both Pakistan and China are collectively confronting this 'common enemy,' the Coronavirus, which is a threat to humanity, irrespective of country, race or religion," according to the resolution.

"The Senate feels that this resolution, just prior to May 21, which marks the 69th Anniversary of the establishment of diplomatic relations between Pakistan and China on May 21, 1951, is an auspicious occasion to celebrate the resilience of our time-tested friendship," the resolution read.

Chairman of the Pakistani senate's Standing Committee on Foreign Affairs Mushahid Hussain Syed told Xinhua on Thursday that the unanimous adoption of the resolution is a strong indication that people in Pakistan recognize the Chinese support to the country in difficult times.

The Senate of Pakistan passed a resolution unanimously on February 10 to express solidarity with China over the fight against the COVID-19 outbreak.