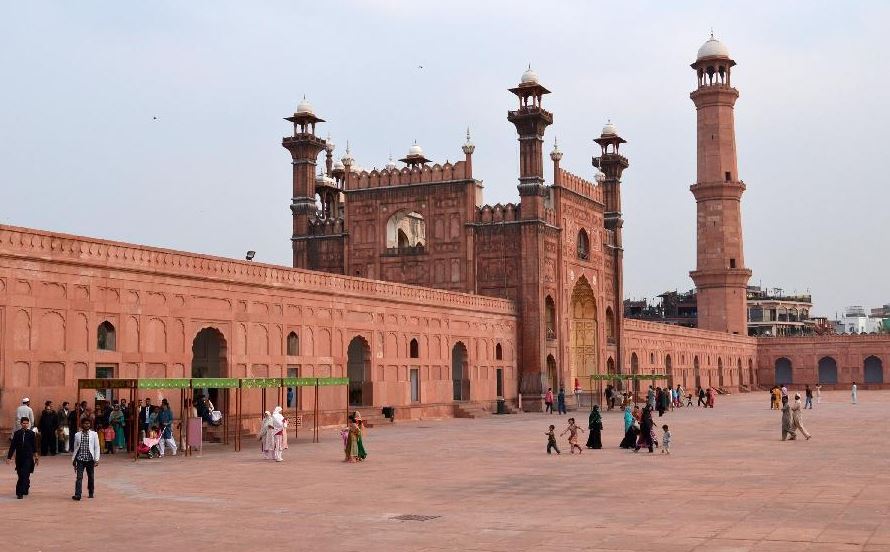 The society, which has thousands of followers on social media, motivated them to pack their bags and visit Pakistan, a country which offers a wide range of tourism opportunities for foreigners.

In a social media conversation with Xinhua on World Tourism Day on Thursday, Samuel Joynson, a co-founder of the travel company, said that they have travelled to over 100 countries around the world, but only a few visits have changed their outlook more than their recent trip to Pakistan, which provided a glimpse into a country that has been mischaracterized by the international media for far too long.

"It is a country of warm smiles, handshakes and great food, and couldn't be more different from what some in the White House and beyond will have you believe."

He said that they were so impressed by the landscape of the country that they can't help visiting it again in November this year to see the scenic mountains of the country's north area "wrapped in golden colors of autumn" on the recommendation of a local.

Local watchers believe that tourism in the country is likely to further get a boom in the coming days as international community is also giving positive reviews about the improved law and order situation in the country, as recently the US State Department said that terrorist attacks in Pakistan decreased by 22 percent in 2017.

Analysts said that such reports will further remove the concerns of the tourists who want to visit the country.

Sharing the data with Xinhua, PTDC officials said that Pakistan welcomed about 1 million foreign visitors in 2014 and in 2017 and this figure soared up to 2.476 million. They are hopeful that this year the number will further rise. Some local media reports said that the number of foreign visitors has already exceeded 3 million in the country this year.

Mubashir Ayub, an official with the tourism department in northern area, said that this year 18,500 foreign tourists have visited the area which is one of the major tourist attractions in the country.

Some of the 14 highest peaks of the world, including the second highest K-2, are located in the place. Apart from this, the region also hosts some of the largest glaciers of the world, making it an ideal place for mountaineers, trekkers, adventure sports enthusiasts and nature lovers.

The region has also a rich cultural heritage, interesting history, variety of rare fauna and a whole lot of gems in its mighty mountains, including world's rarest gems and rock crystals.

General Manager of the PTDC Ali Akbar Malik told Xinhua that foreign tourists almost forgot their way to Pakistan after deterioration of law and order situation in the country from early 2000 till 2013, but things have been gradually improving since 2014.

"Pakistan has a lot to offer to foreign tourists, recently a delegation of French tour operators was visiting Pakistan, they told us that they used to send tourists to Pakistan in the 1990s, but when the country faced law and order challenges in 2000, the foreign visitors refused to fly to Pakistan, but now the improved security situation is bringing them back here."

He said that the China-Pakistan Economic Corridor will also give a boost to the tourism industry as by the construction of roads and railway networks, far-flung scenic areas of the country will get easily accessible for domestic as well as foreign tourists.

"Chinese tourists spend millions of dollars on travelling to Europe and the United States. Pakistan is a beautiful country it has a lot to offer for their sights and I am hopeful that after the completion of road and railway network in the country, Chinese will also fly here for tourism purpose and to appreciate the natural beauty of the country," Malik told Xinhua.

Earlier this year, the country's Civil Aviation Authority announced on-arrival visas for group tourists of 24 different countries to promote tourism in the country.

Adam Sloper, co-founder of the British Backpacker Society, told Xinhua that Pakistan's tourist visa liberalization is a major step forward for the country's burgeoning international tourism market, but more work still needs to be done to capitalize its tourism potential.