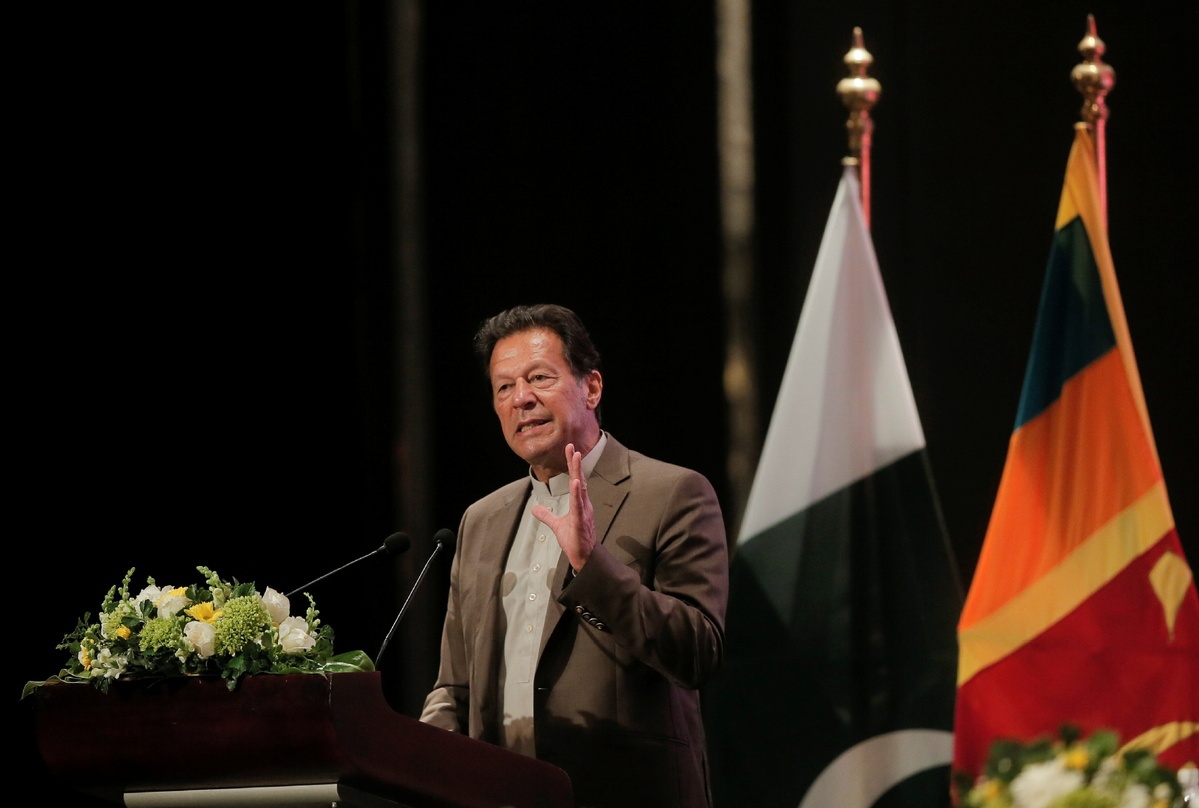 The Ministry of National Health Service, Regulations and Coordination said Khan was not fully vaccinated when he contracted the virus.

He had received only the first dose, and just two days earlier, which is too soon for any vaccine to become effective, the ministry said, adding that antibodies develop two to three weeks after the second dose of the two-dose vaccine.

The vaccine develops more than 80 percent of immunity two weeks after the second injection, said Hammad Azhar, member of the National Assembly of Pakistan.

Sultan said on Sunday that Khan's wife had also tested positive for the virus along with two senior members of Khan's Tehreek-e-Insaf (Justice) Party.

Asad Umar, chairman of the country's National Command and Operation Center, said: "He (Khan) got vaccinated on Thursday evening and felt some signs of the disease the next day, so obviously he was infected before being vaccinated, because the COVID-19 symptoms take a few days to manifest."

Umar, who is also the minister for planning, development and special initiative, highlighted the need of vaccination for the public and urged all those eligible to receive it as soon as possible.

Sources in Khan's office said he was not showing any signs of being infected and showed only some mild symptoms of coughing, adding that Khan quarantined himself at his private residence and will continue official business through video conferencing.

Pakistan is facing a serious fresh wave of the virus, and the government is taking steps to ensure the standard operating procedures to control the spread of the virus.

Early on Sunday the country had 626,802 confirmed cases, according to a tally kept by Johns Hopkins University.

Palestine on Saturday announced a partial easing of complete lockdown measures, including reopening shops and restaurants under strict health precautions.

Ibrahim Melhem, a spokesman for the Palestinian government, said that for the next two weeks shops and restaurants across the country are allowed to reopen at a maximum capacity of 30 percent of their staff if they can abide by the strict health measures.

But Melhem said the full lockdown will remain in place all over the West Bank on Fridays and Saturdays, and the movement of all kinds of vehicles will be prohibited.

The health ministry announced a mass vaccination against coronavirus would start on Sunday morning in the West Bank and the Gaza Strip.

Egypt has received a second shipment of vaccine donated by China, officials say, as the country tries to speed up its vaccination campaign.

The 300,000-dose shipment of the vaccine made by state-owned Sinopharm arrived at Cairo international airport early on Saturday, the health ministry said.

It was a gift from China that would bolster collaboration between the two countries in the fight against the virus, a ministry spokesman, Khaled Megahed, said.