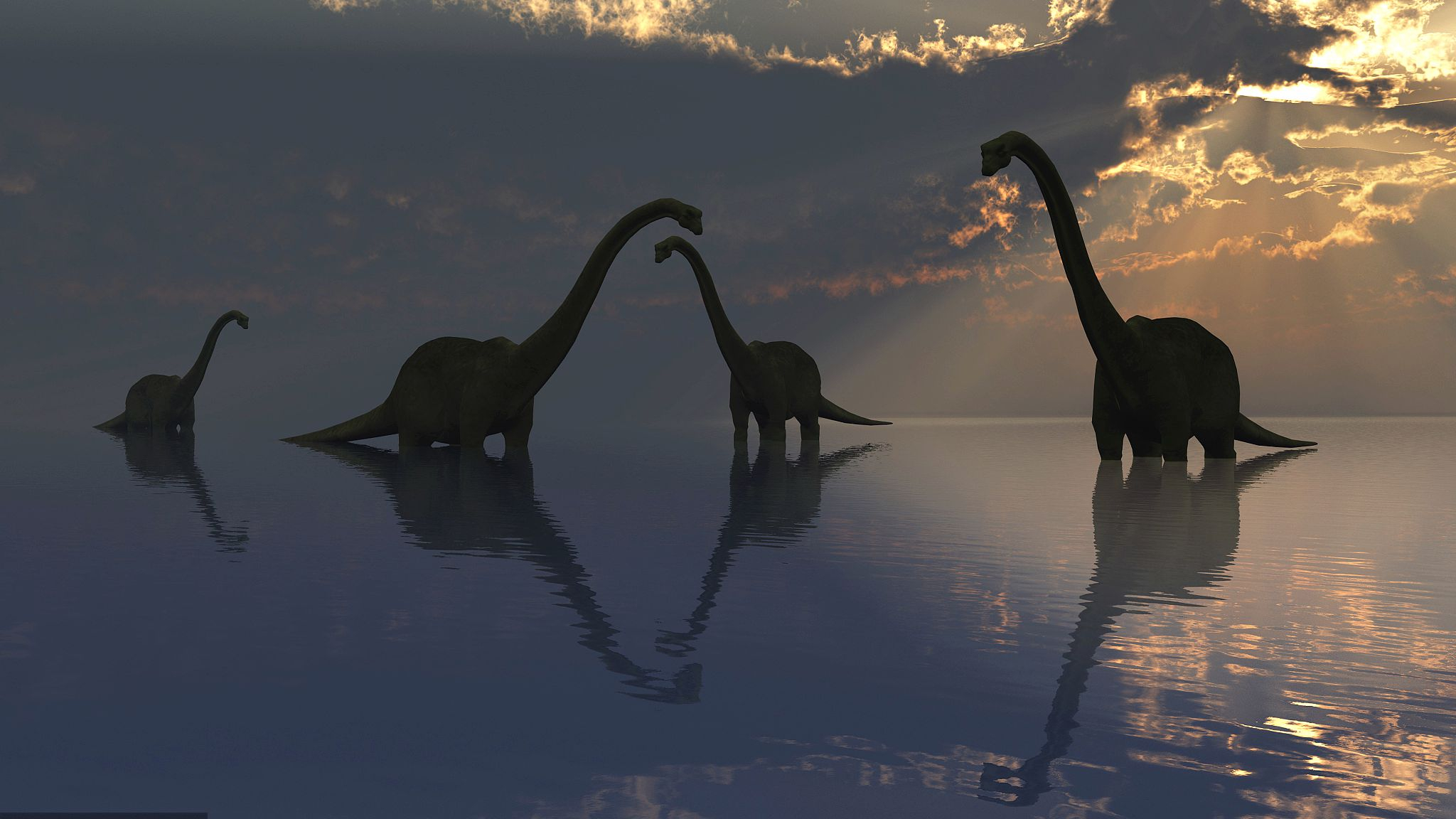 Paleontologists have discovered the remains of dinosaurs that lived 110 million years ago at a site in Neuquen city in the center of Argentina, the National University of La Matanza announced on Friday.The remains came from three separate dinosaurs: an adult of around 12 meters in length, and two minors of around seven meters in length. Most of the cranial bones were found along with parts of the neck, tail and back. The remains will allow researchers to create an almost complete reconstruction.These dinosaurs were from the group of herbivorous(plant-eating) sauropods, the best known of which are the Diplodocus and Brontosaurus.Sauropods were the biggest creatures ever to walk the planet. They had long necks and tails, massive bodies and small heads. It is believed that the genus Supersaurus, meaning "super lizard," could reach up to 34 meters in length. The genus Argentinosaurus, which was also first discovered in Argentina, might have weighed up to 120 tons.The discovery in Argentina is exceptional because it is very rare to find complete sauropods fossils. Many species, especially the largest, are known only from isolated and disarticulated bones. Many near-complete specimens lack heads, tail tips and limbs.This new species has been named Lavocatisaurus agrioensis. According to the paleontologists, the dinosaurs likely moved around in a group and died together. However, the area where they were unearthed was very unusual as the paleontologists believed that it would have been a desert with scarce food and water supply for herbivores in that era.