Palestine complains to int'l court over US embassy move to Jerusalem

RAMALLAH, Sept. 29 (Xinhua) -- Palestinian Foreign Minister Riyad Malki said on Saturday that Palestine has filed a legal complaint against the United States to the International Court of Justice (ICJ) over moving its embassy in Israel to Jerusalem. 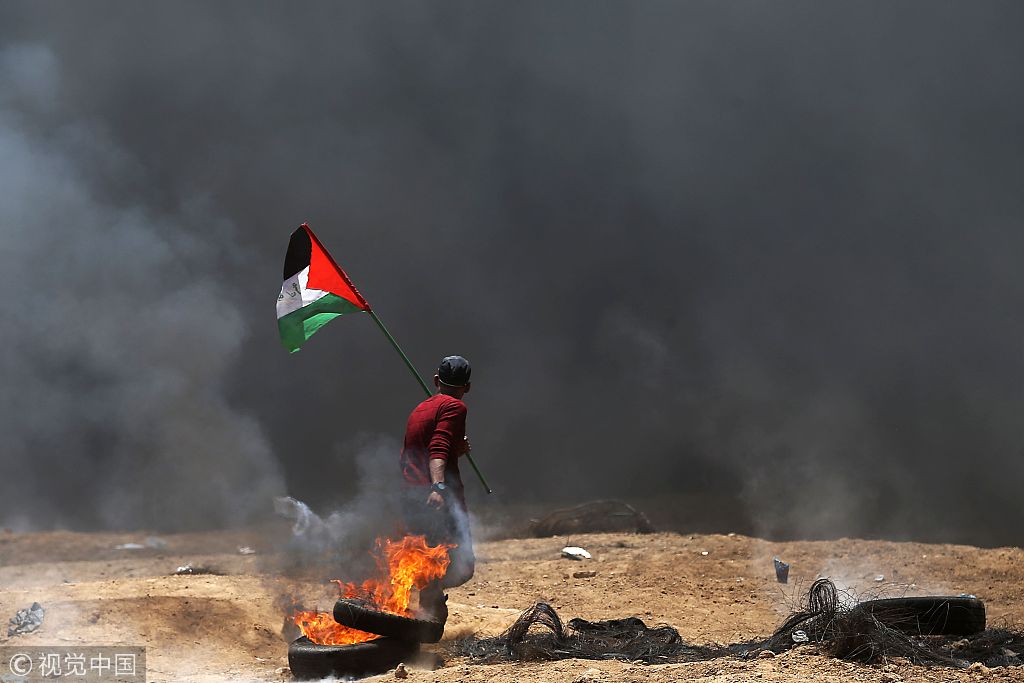 A Palestinian man drags burning tyres in the smoke uring clashes with Israeli forces along the border with the Gaza strip east of Khan Yunis on May 14, 2018, as Palestinians protest over the inauguration of the US embassy following its controversial move to Jerusalem.  (Photo: VCG)

Malki said in a statement that the case was based on Palestine's membership in the 1961 Vienna Convention on Diplomatic Relations which defines a framework for diplomatic relations between independent countries.

Malki said prior to filing the complaint to the ICJ, he sent a letter in May to the US State Department warning against its embassy move because this step would violate the Vienna Convention on Diplomatic Relations and UN Security Council resolutions.

However, the United States failed to respond to the letter, said the top Palestinian diplomat.

The foreign minister asked the ICJ to declare that the relocation of the US embassy to Jerusalem as a violation of the Vienna Convention on Diplomatic Relations.

Palestine has taken many important steps to address the recent illegal measures taken by the current US administration, particularly with regard to Jerusalem, he noted.

The complaint aimed at preserving the status of the holy city of Jerusalem with its unique spiritual, religious and cultural dimensions, Malki pointed out.

All resolutions of the UN General Assembly and the Security Council have consistently affirmed that any action or decision to change the status of Jerusalem is "null and void," he stressed.

Last December, US President Donald Trump recognized Jerusalem as the capital of Israel and decided to move the US embassy in Israel from Tel Aviv to the disputed holy city.

The Palestinians want East Jerusalem as the capital of their future independent state, while Israel wants all Jerusalem to be its eternal capital. Israel annexed East Jerusalem in the 1967 war and declared the whole city as its eternal indivisible capital in 1980, but the move has not been recognized by the international community.

The Palestinians have been boycotting the United States since it recognized Jerusalem as Israel's capital and moved its embassy in Israel to Jerusalem.