WORLD Palestine officially assumes the rotating chairmanship of the G77

Palestine officially assumes the rotating chairmanship of the G77

New York (People's Daily) - At the annual ceremony for the handover of the rotating Chairmanship of the G77, Palestine officially took over from Egypt and will work as the rotating chairman of the Group of 77 on Tuesday.

Egypt was the previous chair of the bloc, a coalition of 134 developing countries, along with China. 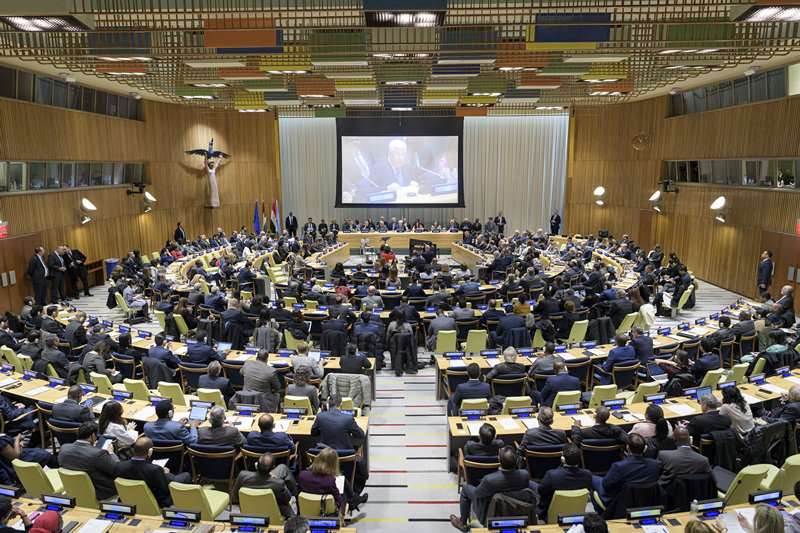 The decision to elect Palestine as the 2019 chair of the G77 was made in September 2018 by the foreign ministers of the Groups' member states.

A month later, the UN General Assembly approved a resolution that enabled Palestine – a non-member Observer State at the world body – additional privileges and rights, such participating in international conferences held under its auspices, for the duration of its role as G77 chair.

Acknowledging "a long road ahead" on the United Nations ambitious agenda, Secretary-General António Guterres welcomed "the historic leadership of the state of Palestine" as the new chair of G77.

"You are well-placed to take up the chairmanship of this important group of countries,"  Guterres said in his remarks at the ceremony.

As multilateralism continues to come under "intense pressure from many sides", the UN chief underscored the importance of the G77 and China's continued support.

"The Group of 77 and China has demonstrated strong leadership throughout 2018 and proved once again to be a central force in demonstrating that multilateralism is the only way to address our shared challenges," said Guterres.

Guterres urged the G77 to bring "solutions and commitments" to, among others, the Climate Summit in September and enumerated other upcoming events in need of the bloc's support.

"Not only is the work of the Group vital to defending the interests of the global South and promoting economic and social equality in the world, but it must now do so in a more complex international context that is growing more polarized," she said.

For his part, President Mahmoud Abbas said Palestine would use its chairmanship to preserve the multilateral international order and strengthen ties with its UN partners.

Abbas said that under the guiding principle of "unity in diversity", the G77 will focus on the least developed countries, small island developing states, middle income countries, and peoples living under colonial and foreign occupation, "so as to ensure no one is left behind."