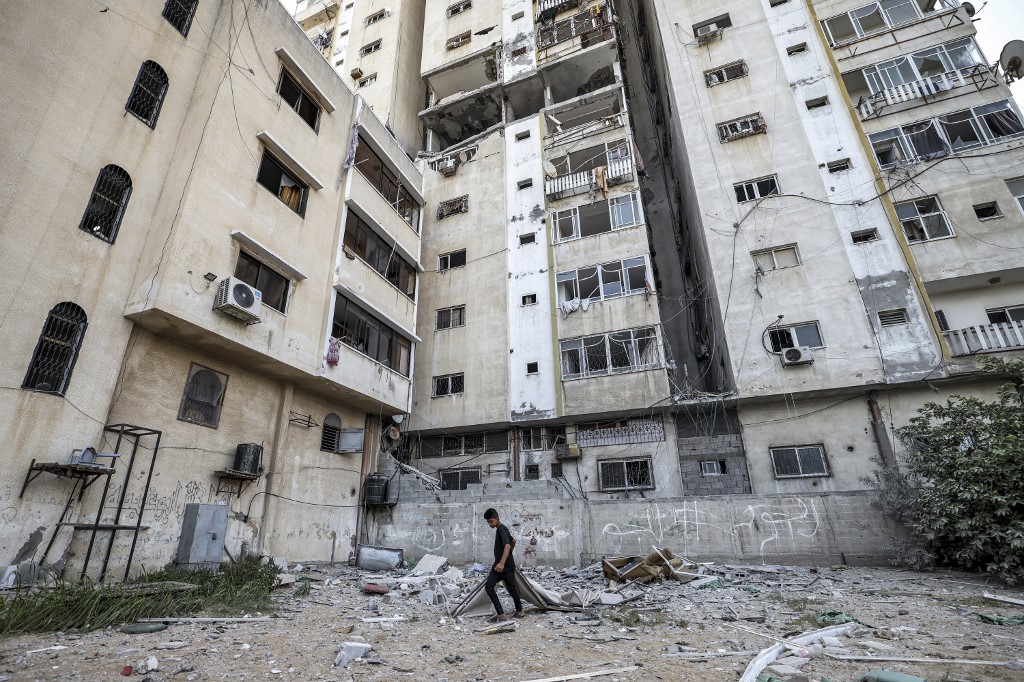 A boy inspects damage caused by an Israeli air strike in the vicinity of the 'Palestine Tower' in Gaza City, on August 6, 2022. (Photo: AFP)

One Palestinian man was killed and two others wounded by Israeli forces in the village of Kafr Dan in Jenin, WAFA news agency reported on Thursday, citing Wissam Bakr, the director of the local Khalil Suleiman government hospital.

Israel has not responded to the claim yet.