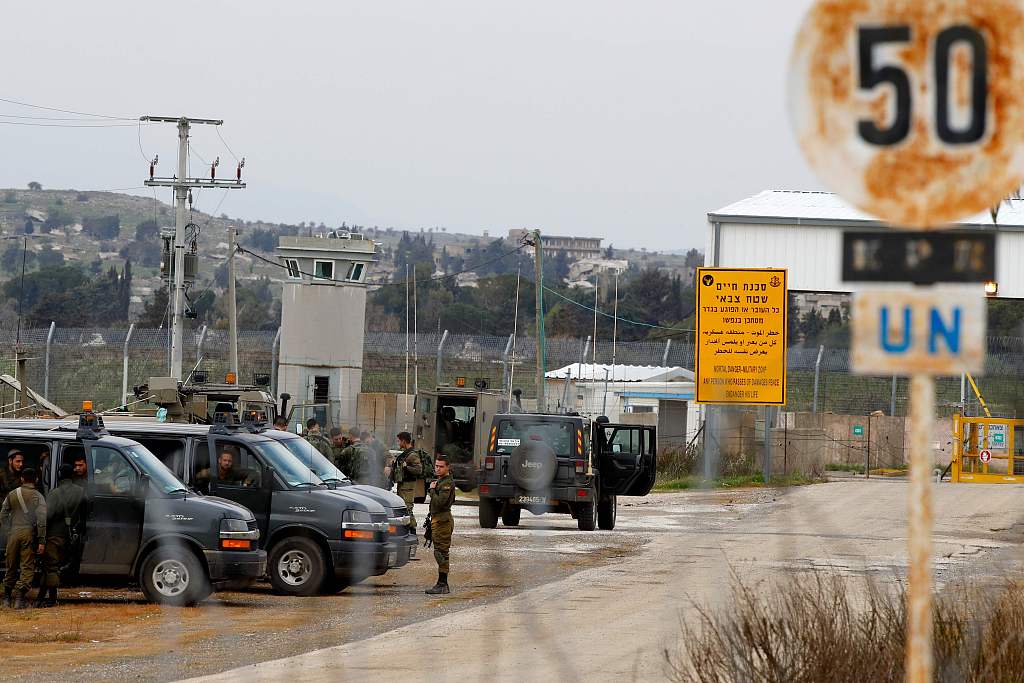 RAMALLAH, March 23 (Xinhua) -- The Palestinian Foreign Ministry on Saturday rejected US President Donald Trump's tweeted recognition of Israel's sovereignty over the occupied Syrian Golan Heights as "a boost to colonialism and the acquisition of territory by force."

"The American and Israeli positions calling for recognition of Israeli sovereignty over the Golan are contrary to international law and constitute a flagrant violation of international legality and its relevant resolutions, in particular the resolution 497," the ministry said in a statement.

The US move reflects "attempts by the Trump administration to topple the foundations of international order while hijacking and controlling it," the statement added.

The Palestinian foreign ministry urged regional countries to unite against "the American bias toward the Israeli occupation."

Israel occupied the Golan Heights from Syria during the 1967 Middle East war and then annexed it in 1981, in a move that has never been recognized by the international community.

Earlier in the day, Secretary General of the Palestine Liberation Organization (PLO) Saed Erekat told the official Palestinian radio station Voice of Palestine that the next step for the US government "would be to annex the West Bank and recognize a state in Gaza under the banner of Hamas."

Trump's declaration "reflects that we are living in a era beyond the international, international legitimacy and the world order that has been consolidated for over thousands of years," said Erekat.

Trump on Thursday called for officially recognizing Israel's sovereignty over Golan in a tweet.

"After 52 years it is time for the United States to fully recognize Israel's Sovereignty over the Golan Heights, which is of critical strategic and security importance to the State of Israel and Regional Stability!" Trump tweeted.