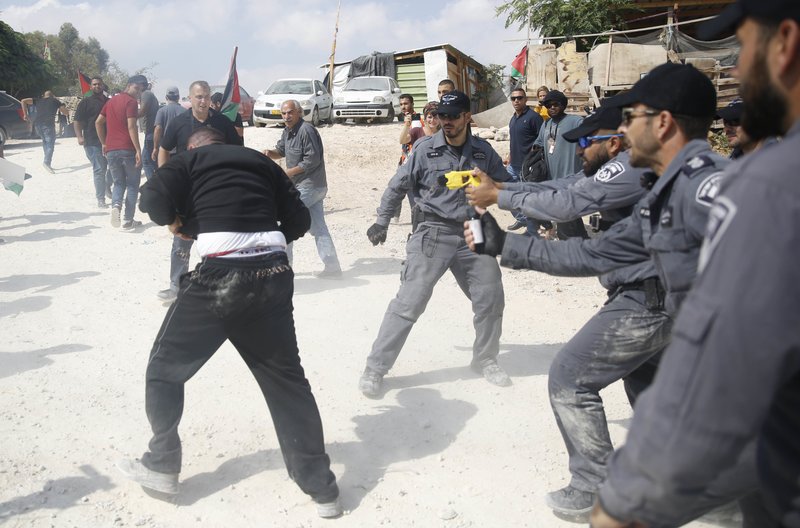 He spoke to the community residents, solidarity activists and reporters during a visit to the village which is under an imminent threat of demolition by Israel.

"Our presence here in Al-Khan al-Ahmar carries a message that we are going to fight to defeat the deal of the century," he said, adding that his government is facing financial pressures but it will remain strong and will not give up on the national constants.

Hamdallah said "the century deal starts from Al-Khan Al-Ahmar with the aim to cut off the north of the West Bank from its south, cut off Jerusalem from its surrounding and Gaza from the West Bank."

He added that the popular resistance against the Israeli measures in the occupied territories will continue to foil the American deal.

Al-Khan Al-Ahmar Bedouin community is located to the east of Jerusalem and resided by 200 Palestinian Bedouins, 95 percent of whom are refugees registered with the United Nations Relief and Works Agency (UNRWA).

Hamdallah visited the village school and talked with students and teachers, according to the official Palestinian news agency WAFA.

Dozens of tin-ceiling homes and basic structures are slated for demolition in the area, which suffers a lack of basic services and infrastructure, such as an electricity network, a sewage system and proper roads.

The community includes an only school for the Bedouin communities in the area, a mosque and a healthcare unit as well as several homes that are all at risk of demolition by Israel, but residents say they are offered no alternative to go.

The community in Al-Khan Al-Ahmar is one of the 46 Bedouin communities in the central West Bank that the UN considers at risk of forcible transfer, which is defined as a war crime under international law.