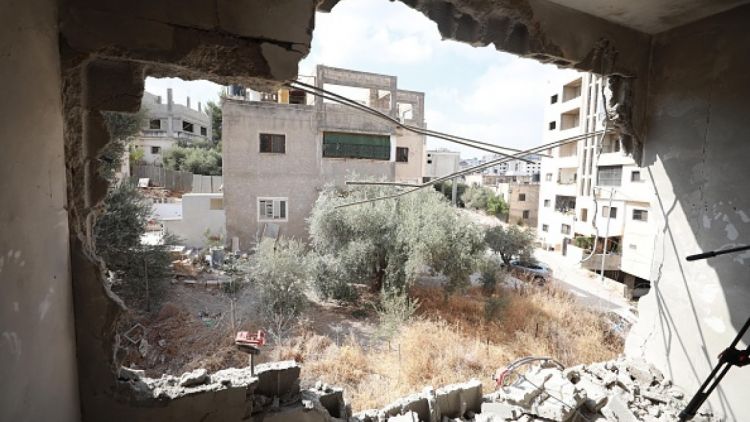 RAMALLAH, Sept. 11 (Xinhua) -- A Palestinian died days after being shot during an Israeli raid a few days ago in the northern West Bank city of Jenin, Palestinian medics said on Sunday.

The Palestinian Ministry of Health said in a press statement that Hammad Abu Jelda, 24, succumbed to the critical wounds he sustained on Tuesday during clashes with the Israeli soldiers at the Jenin refugee camp in the city.

Abu Jelda was buried by dozens of Palestinian demonstrators at the city's cemetery, who chanted slogans calling for "revenging his death."

He is a member of Palestinian President Mahmoud Abbas's Fatah Movement and a former prisoner that spent two years in Israeli jails.

Meanwhile, the Palestinian Foreign Ministry said in a statement that "the policy of the Israeli government aims at keeping the situation very tense to block any opportunity for the resumption of the peace process that had been stalled since 2014."

During the past few months, daily tension has flared up in the West Bank, including confrontations between the Palestinians and the Israeli army.