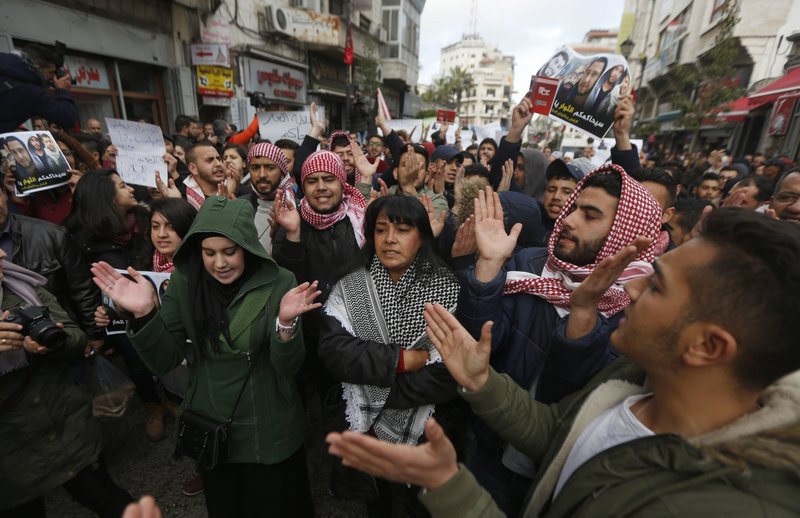 GAZA, March 16 (Xinhua) -- Palestinian factions and political powers announced on Saturday that they support the popular protests in the Gaza Strip which have been going on for three days against the high living expense and the hard living situation.

The joint statement called for continuing the peaceful and popular protests, guaranteeing the right to protest and protecting public properties.

The factions called on Hamas, which has been ruling the Gaza Strip since 2007, to withdraw all security forces from the main streets and public squares and release those detained for their peaceful demonstration.

"It is necessary to hold accountable all those involved in the attacks on demonstrators," the statement said, asking Hamas to apologize for these conducts and attacks.

The factions also urged Hamas to stop all forms of taxes on goods and determine the needs of the market for the exported goods.

The factions also called on Egypt to immediately resume the efforts to make Palestinian reconciliation and called for an emergency meeting for all factions and powers in Cairo as well as implementing the signed reconciliation agreements.

The factions held their meeting in Gaza following two days of streets protests all over the Gaza Strip against the high living expense and the deteriorated economic situation.

Social media activists in Gaza showed on their personal accounts the photos and videos in which Hamas security forces were harshly punishing the protesters and repressing them.

The protests on Thursday and Friday were organized by a new Palestinian group called the "We Want to Live," which comprises university students and social media activists.

The group called for a general strike on Saturday in the Gaza Strip to condemn the Hamas police attack on the demonstrators, journalists and right activists.

It said in a press statement that the demands are to stop imposing taxes on products of food, cigarettes and clothes, as "the taxes are exhausting the poor citizens who suffer from poverty and unemployment."

Israel has imposed a tight blockade on the Gaza Strip, home to more than 2 million Palestinians since mid-2007, after Hamas forcibly seized control of the enclave from Abbas' security forces.

The unemployment rate has climbed to 52 percent since Israel imposed the blockade, according to the latest Palestinian Central Bureau of Statistics report.