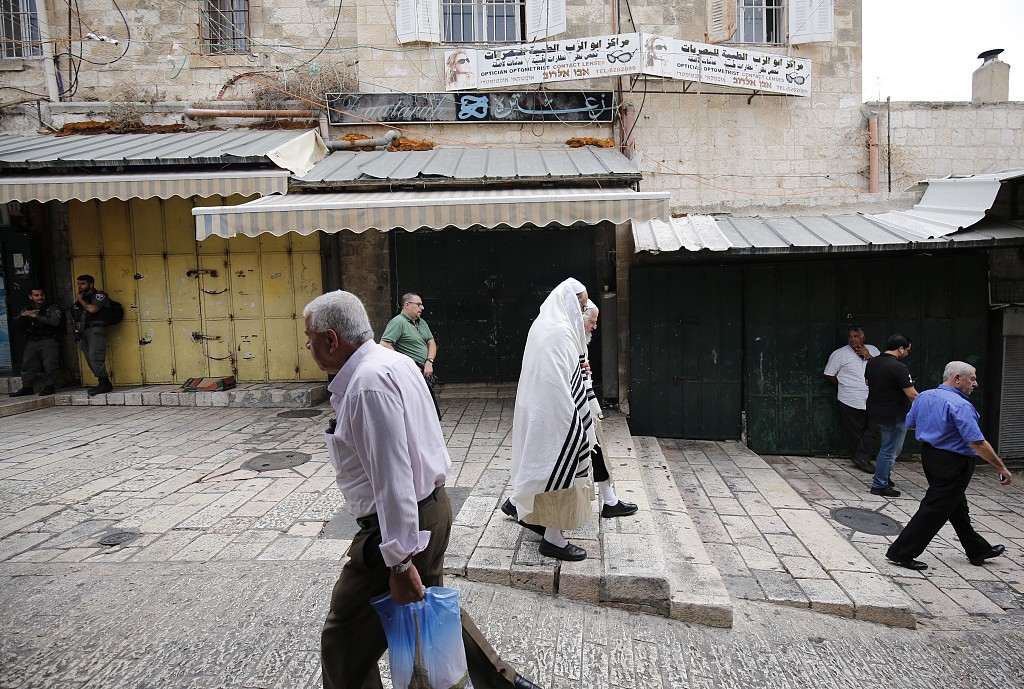 People walk through a street as shops closed in a general strike to protest against Israeli decision to demolish Khan al-Ahmar region in Eastern Jerusalem on October 1, 2018. (Photo: VCG)

The ministry said in a statement that the verdict was based on "false and contradictory pretexts," while criticizing the court for adopting "legally faulty" documents.

It said that the Israeli court's decision was another proof that the Palestinians are constant victims of displacement and home demolition, while denouncing "the silence of the world's decision makers."

The Israeli High Court of Justice allowed on Wednesday the eviction of around 700 Palestinians from their homes in Silwan in East Jerusalem, after rejecting a petition from the Palestinians and approving the Jewish settlers to take their place.

The court claimed that the Palestinian homes were built on land owned by the Jews before 1948.

However, the court also questioned the legality of transferring the land to the Jewish settlers, a right-wing group known as Ateret Cohanim.

Ateret Cohanim, a right-wing Jewish settler organization based in Jerusalem, asked the court back in 2001 to expel the Palestinian families from their homes and to seize the whole area and the buildings, citing the Jewish ownership of the land more than 120 years ago.