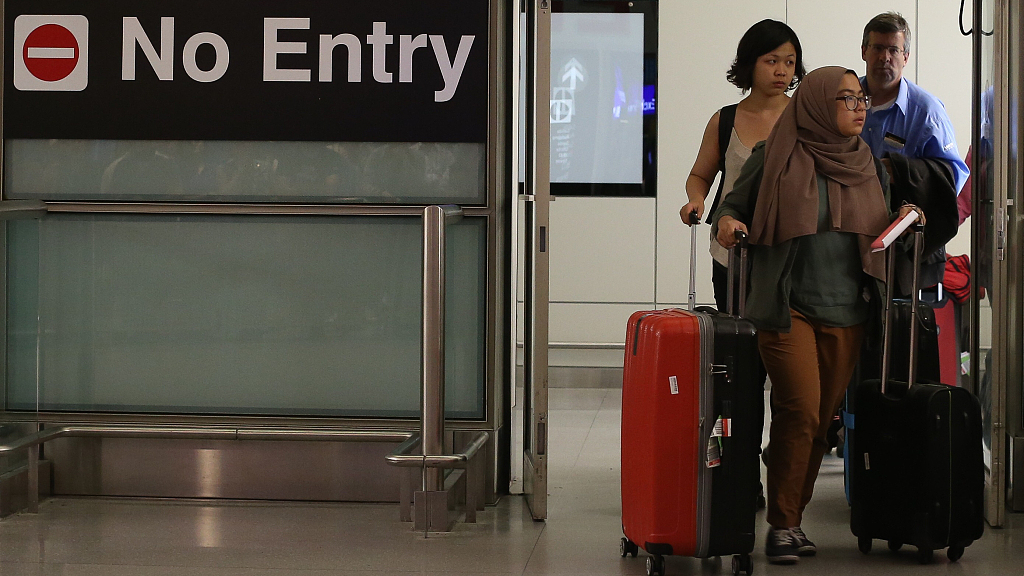 A Palestinian student from Lebanon who was about to start his freshman year at Harvard University was barred from entering the US and detained for hours at the Boston airport after immigration officials found his friends' social media posts offensive.

The incident came to light after Ismail Ajjawi, the 17-year-old resident of Lebanon's Tyre city, narrated his unsettling experience to the university's campus newspaper The Harvard Crimson which published it on Tuesday, prompting outrage among free speech activists.

In a written statement to the paper, Ajjawi claimed that soon after arriving at the Boston Logan International Airport Friday, immigration officers subjected him to hours of questioning – at one point leaving to search his phone and laptop – before canceling his visa and deporting him to Lebanon.

Ajjawi wrote that he was initially grilled with several other international students, following which the others were allowed to leave while an immigration officer continued to question him about his religion and religious practices in Lebanon.

The same officer then asked him to unlock his phone and laptop and left to search them, the Palestinian student alleged. After a thorough search for nearly five hours, the officer questioned Ajjawi about his friend's social media posts.

"When I asked every time to have my phone back so I could tell them about the situation, the officer refused and told me to sit back in [my] position and not move at all," he wrote. "After the five hours ended, she called me into a room, and she started screaming at me. She said that she found people posting political points of view that oppose the US on my friend[s] list."

Ajjawi wrote that he told the officer he had not made any political posts and that he should not be held responsible for others' posts. "I responded that I have no business with such posts and that I didn't like, [s]hare or comment on them and told her that I shouldn't be held responsible for what others post," he wrote. "I have no single post on my timeline discussing politics."

The officer then canceled Ajjawi's visa, informed him he would be deported and allowed him a phone call to his parents, the Crimson reported.

Michael S. McCarthy, a spokesperson for the US Customs and Border Protection (CBP), confirmed in an emailed statement that Ajjawi was found "inadmissible" to the country but declined to comment on the specific reason citing confidentiality rules.

"Applicants must demonstrate they are admissible into the US by overcoming ALL grounds of inadmissibility including health-related grounds, criminality, security reasons, public charge, labor certification, illegal entrants and immigration violations, documentation requirements, and miscellaneous grounds," McCarthy wrote. "This individual was deemed inadmissible to the United States based on information discovered during the CBP inspection."

AFP news agency quoted a US State Department official saying he could not legally discuss details of the case but admitting that, "Generally, US law does not authorize the refusal of visas based solely on political statements or views if those statements or views would be lawful in the United States."

Harvard officials are working to resolve the matter with the authorities before classes begin on September 3. Ajjawi stated that he is in touch with a  lawyer and hopes to resolve his visa issues before classes begin. He has also contacted AMIDEAST, the non-profit organization that awarded him a scholarship to study in the US, which is now also providing him legal assistance, the Crimson reported.

Free speech advocates and rights activists criticized the immigration officers actions as unfair and alarming, also claiming that Ajjawi's case underscored the potential dangers of a policy proposed by President Donald Trump's administration last year that would make it mandatory for visa applicants to submit their social media records for the past five years.

"Preventing people from entering the country because their friends critiqued the US on social media shows an astounding disregard for the principle of free speech," Summer Lopez, senior director of Free Expression Programs at PEN America, was quoted by the New York Times as saying in a statement.

Noting that there had been "numerous recent accusation that US immigration officials are denying visas on the basis of political viewpoints," Sarah McLaughlin, director of targeted advocacy at the Foundation for Individual Rights in Education told NYT, "Ajjawi's allegations, if accurate, represent a threat to academic freedom, one that should be taken seriously by those who care about protecting expressive freedoms in the United States."