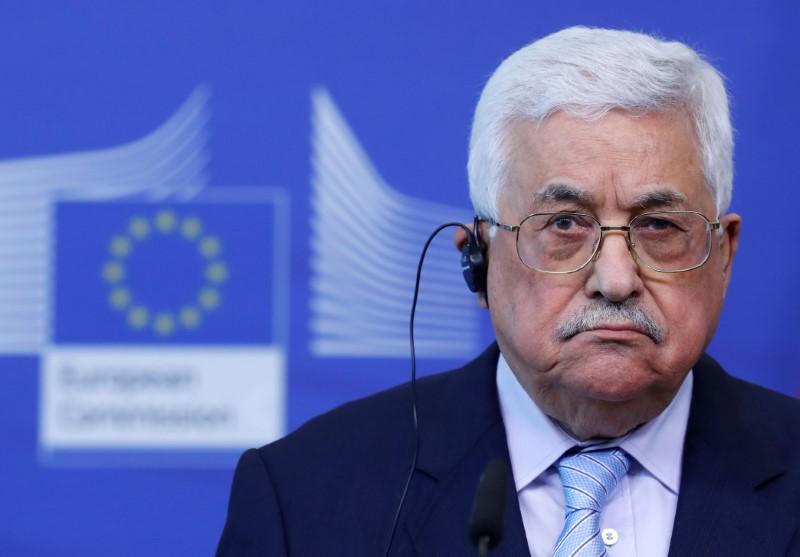 The Palestinian president railed at President Donald Trump in a fiery, two-hour-long speech on Sunday, saying “shame on you” for his treatment of the Palestinians and warning that he would have no problem rejecting what he suggested would be an unacceptable peace plan.

The speech by Mahmoud Abbas ratcheted up what has been more than a month of harsh rhetoric toward Trump since the president’s recognition of Jerusalem as Israel’s capital. Relations between Washington and the Palestinians have sunk to a new low, boding poorly for a peace plan the White House has promised to present.

“He (Trump) said in a tweet: ‘We won’t give money to the Palestinians because they rejected the negotiations,’” Abbas said. “Shame on you. When did we reject the talks? Where is the negotiation that we rejected?”

Trump infuriated Palestinians and Muslims around the world when he announced late last year that the U.S. would recognize Jerusalem as the capital of Israel and move its embassy there, upending decades of U.S. policy and countering an international consensus that the fate of Jerusalem should be decided in negotiations between the sides.

Abbas has said that by siding with the Israelis on a sensitive issue, the announcement had destroyed Trump’s credibility as a Mideast peace broker.

“We can say no to anyone if things are related to our fate and our people, and now we have said no to Trump,” he said. “We told him the deal of the century was the slap of the century. But we will slap back.”

Abbas also said that the Palestinians have rejected a U.S. request to halt payments to roughly 35,000 families of Palestinians killed and wounded in the conflict with Israel, including suicide bombers and other militants. Israel argues that the practice encourages violence.

Hoping to secure what he has called the “ultimate” deal, Trump has for nearly a year dispatched his Mideast team, led by his adviser and son-in-law Jared Kushner, to the region to try to breathe life into moribund peace talks, which collapsed in 2014.

But the Jerusalem pivot threw a wrench into Trump’s peacemaking attempts. Since then, the Palestinians have butted heads with the U.S. at the United Nations, winning a global rebuke against Trump’s move. Trump has responded by threatening to cut aid and to reduce U.S. payments to the U.N.’s Palestinian refugee agency. The U.S. is the largest donor to the agency.

Palestinian officials say that while they have not received a formal proposal from the U.S., they have heard from Saudi interlocutors that the U.S. is exploring the possibility of offering the Palestinians a statelet in the parts of the West Bank they already control, with Israel controlling the borders, and the Gaza Strip. The officials spoke on condition of anonymity because they were not authorized to discuss a sensitive diplomatic issue.

U.S. officials have not confirmed the claims. But if true, the proposal would fall far short of Palestinian claims to the West Bank, east Jerusalem and Gaza for an independent state.

Abbas said the Palestinians will not accept the U.S. as a sole broker, and believe a deal can only be reached if there are multiple parties, such as with the international nuclear deal between six global powers and Iran.