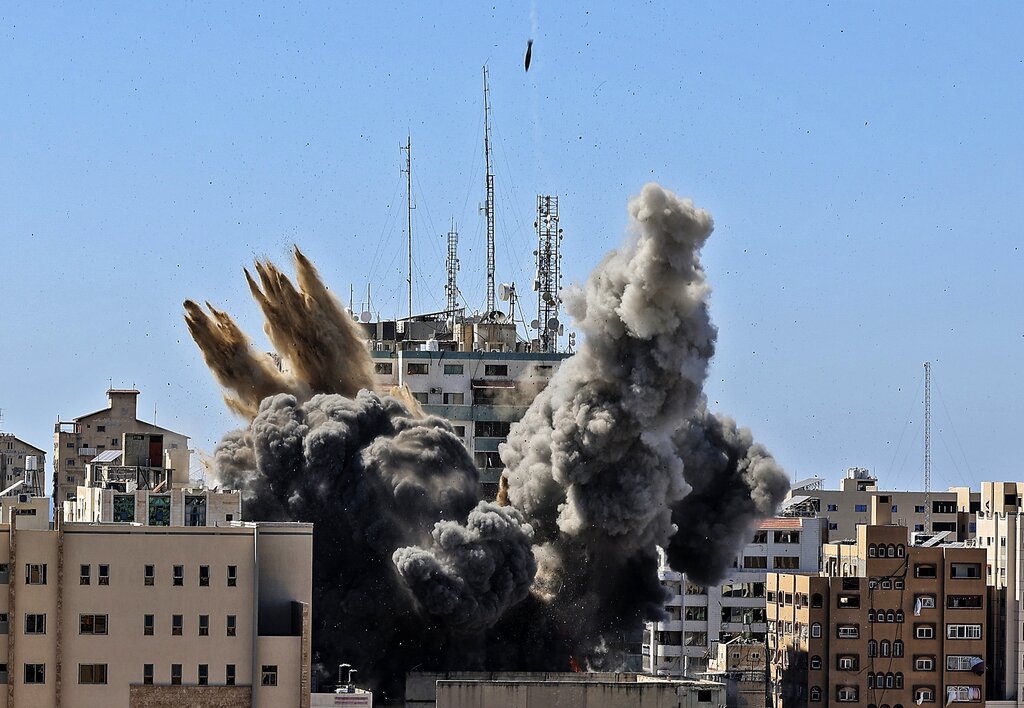 In this Saturday, May 15, 2021 file photo, an air bomb hits the building housing various international media, including The Associated Press in Gaza City. (Photo: AFP)

Tension between Israel and militant groups in Gaza has been going on for 10 days, leaving 220 Palestinians killed and hundreds injured, as well as huge destruction of buildings and infrastructure.

Abbas made the accusation at an emergency meeting of the Arab parliament of the Arab League, which was held to discuss the ongoing tension in Gaza. His speech was also aired on the official Palestine television.

"What Israel does now in the Gaza Strip is a state terror and war crimes that violate international law," Abbas said. "We will prosecute Israel before the international courts."

Palestine "is seriously working with all parties to pressure Israel to stop its aggression on our people not only in the Gaza Strip, but also in the West Bank and East Jerusalem," he added.

Abbas revealed that Palestine has informed the United States of its full readiness to work through the international Quartet to end wars and achieve peace in the Middle East.

On Wednesday, the health ministry in Gaza said more than 219 Palestinians including 63 children, 36 women and 16 elderly men, have been killed and 1,530 others injured in the last 10 days of fighting with Israel.

Militant groups fired barrages of rockets from the Gaza Strip at Israel, while Israeli fighter jets kept carrying out intensive airstrikes on buildings and infrastructure in the besieged Palestinian enclave.