Palestinian president meets Macron over efforts to save two-state solution 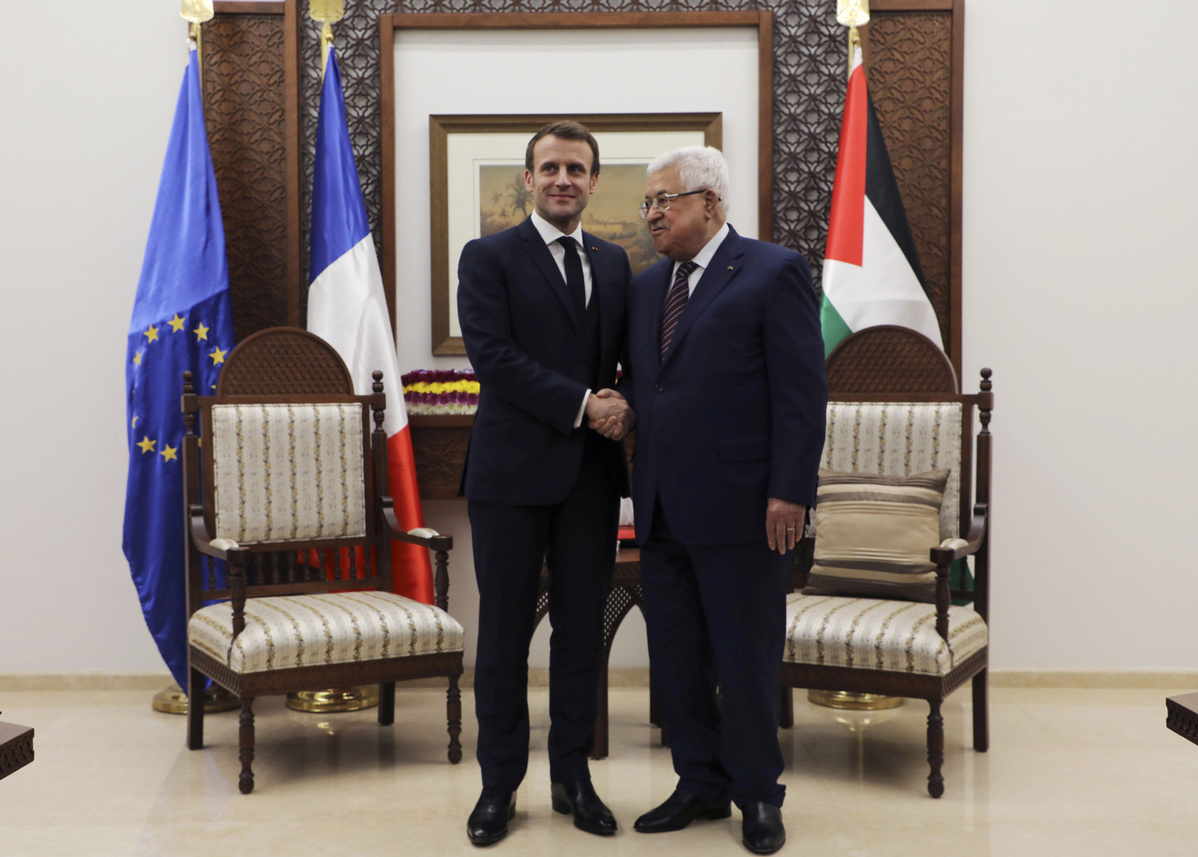 RAMALLAH - Palestinian President Mahmoud Abbas on Wednesday met with his French counterpart Emmanuel Macron in the West Bank city of Ramallah over the latest developments of the peace process and regional affairs.

"We are serious about holding parliamentary and presidential elections in the Palestinian territories, including occupied Jerusalem," he said.

For his part, Macron reaffirmed his country's support for the peace process in the region on the basis of the two-state solution.

France will continue to support the Palestinian people in building their institutions and economy, he said.

It is the first time Macron visits Palestine since he assumed office in 2017.

Macron arrived in the Israeli city of Tel Aviv on Tuesday night, and will attend the Fifth World Holocaust Forum held in Jerusalem on Thursday.