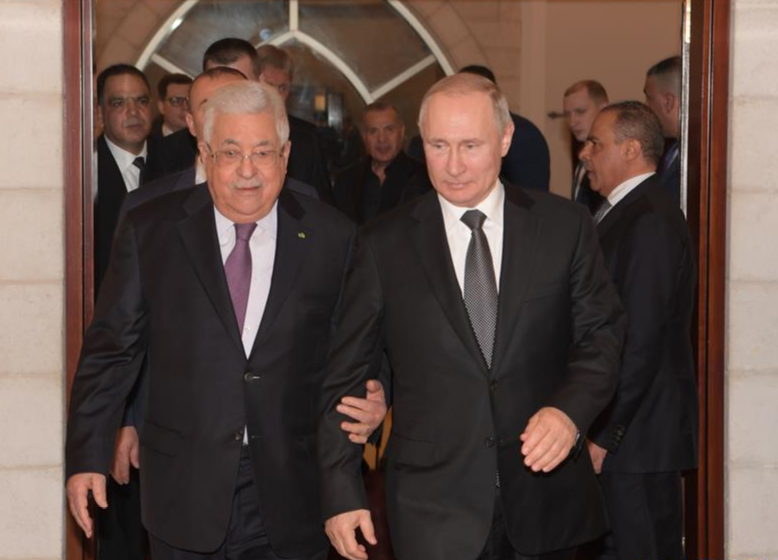 Palestinian President Mahmoud Abbas met with his Russian counterpart Vladimir Putin on Thursday evening in the southern West Bank city of Bethlehem, briefing him on the ongoing Israeli-Palestinian situation.

The two leaders discussed the "Deal of the Century" proposed by the United States, Israel's current confiscation of Palestinian land, and Palestine's efforts to hold its legislative and presidential elections, according to the official Palestinian news agency WAFA.

Abbas welcomed Putin's visit to Palestine, describing the Russian president as his "personal friend and the friend of the Palestinian people."

"I welcome my dear friend, President Vladimir Putin ... who never misses an opportunity to talk about or support the Palestinian cause, and this is what we are accustomed to," said Abbas.

For his part, the Russian president praised the historical relations between the two sides, expressing his readiness to cooperate with and support Palestine in all fields.

This is Putin's third visit to Palestine. His first visit was in 2005 and the second was in 2012.