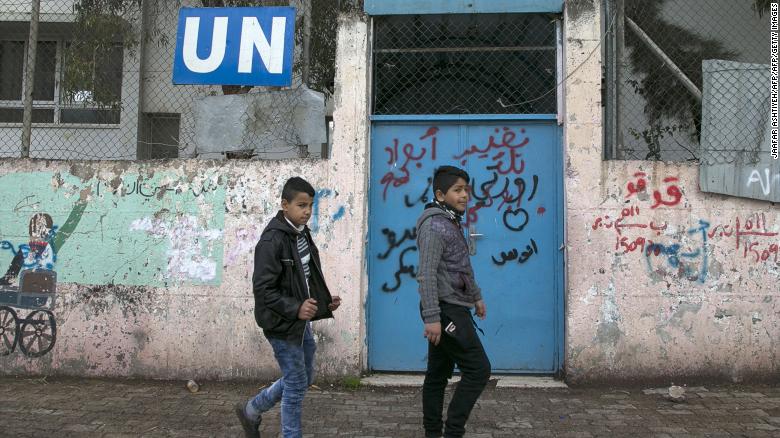 RAMALLAH, Jan. 19 (Xinhua) -- A Palestinian official on Saturday condemned the Israeli decision to close schools run by the UN Relief and Works Agency for Palestine refugees (UNRWA) from early 2020.

"The Israeli decision was made to complete the U.S. government's measures of targeting the global agency and seeking to end its activities in Jerusalem," Adnan Husseini, Palestinian minister for Jerusalem affairs, told Xinhua.

Husseini, also a member of Palestine Liberation Organization (PLO) executive committee, accused both Israel and the United States of trying to remove the two crucial issues of Jerusalem and the refugees from the negotiating table.

"The Palestinians' right of return is a basic legitimate and personal right and it will never be dropped or cancelled," Husseini said, referring to earlier debates in the Israeli government on closing UNRWA's offices in East Jerusalem.

The TV channel reported that no permissions will be issued for UNRWA schools to act in East Jerusalem from early next year, saying they will be replaced by schools run by the Israeli municipality of the city.

Meanwhile, Palestinian President Mahmoud Abbas' Fatah movement said in a press statement sent to Xinhua that the Israeli decision "is an organized escalation to carry out aggression against the Palestinian people."