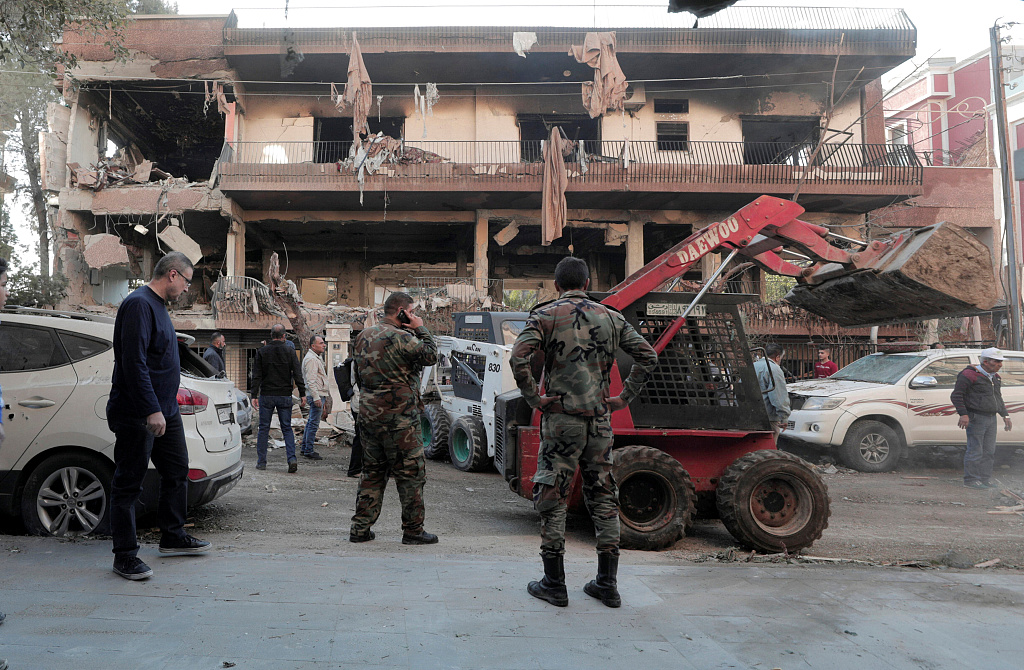 JERUSALEM, Nov. 12 (Xinhua) -- Some 50 rockets were fired on Tuesday morning at central and southern Israel, injuring at least one person, in a Palestinian retaliation after Israel killed a senior Islamic Jihad commander in Gaza.

"The Israel Defense Forces Aerial Defense System intercepted approximately 20 of the rockets," the army said in a statement sent to Xinhua.

The rockets were targeting areas throughout southern and central Israel.

Israel's MDA emergency medical service said that in a highway outside the central town of Gan Yavne, a rocket hit the road, injuring a 35-year-old man who was inside a car near the hit.

Elsewhere, 15 people were injured while they run to seek shelter during sirens, including an 8-year-old girl. A spokesman with MDA said the girl lost her conscience and was rushed to a hospital in "a critical condition."

Some 13 additional people were treated for hysteria inflicted by the sirens, the spokesman said.

The abrupt escalation was sparked by the killing of Baha Abu al-Atta, a senior commander of the Palestinian Islamic Jihad group, in a predawn attack on his home in the Shejaiya district in Gaza city.

The strike also killed his wife and injured at least three more people.

"We just targeted Islamic Jihad commander in Gaza," the army wrote on Twitter. "Abu al-Atta was directly responsible for hundreds of terror attacks against Israeli civilians and soldiers," it wrote."

Hamas, an Islamist Palestinian movement that runs Gaza, and the Islamic Jihad, vowed to avenge the killing.

A joint statement by the armed forces in Gaza said the Israeli attack signals that Israel is returning to its "assassination policy," referring to a string of deadly airstrikes targeting top militant commanders in Gaza.

The forces warned that Israel "crossed a red line" and will suffer the consequences.

Right after the killing, Israel went into a state of emergency. Schools and universities from south to center were shut down.

Israel's Home Front Command instructed residents to cancel public events, such as concerts or weddings, with more than 100 people.

In communities located up to 40 km from the Gaza Strip, the trains were suspended, and residents were instructed to stay indoors.