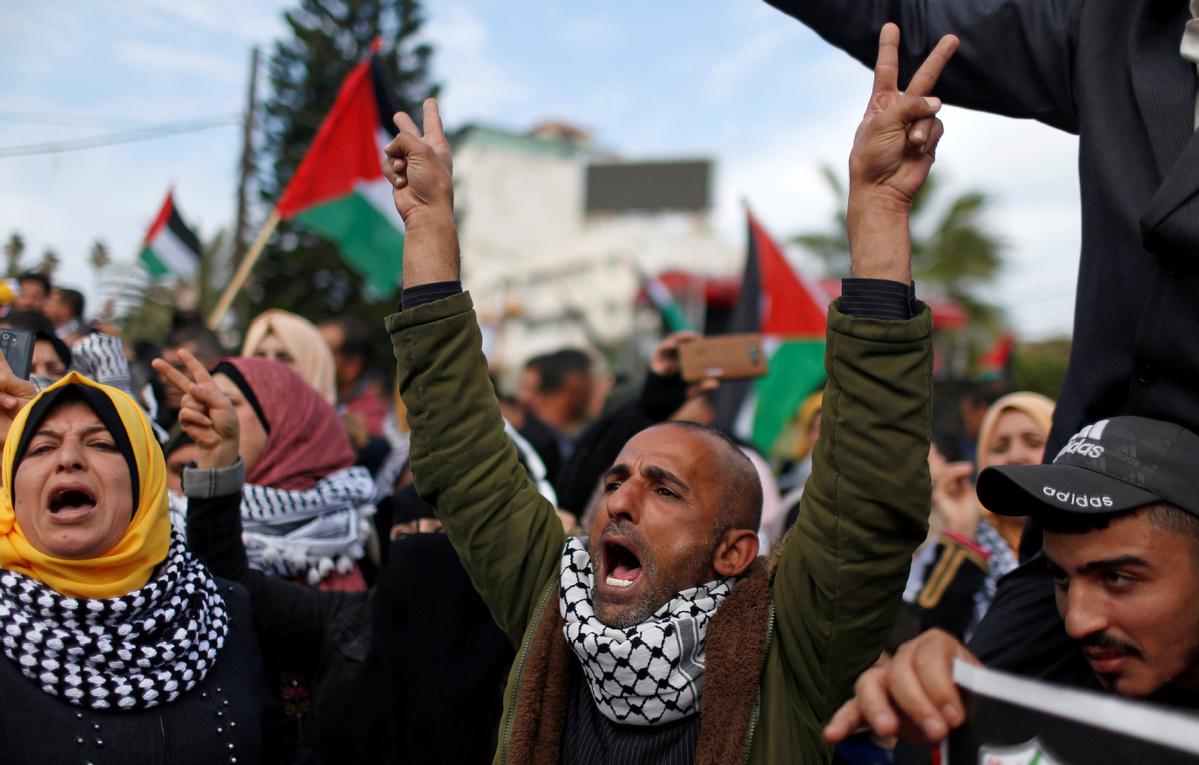 RAMALLAH -- The Palestinians are calling on the international community to help resolve their conflict with Israel, while rejecting the US peace plan, known as "The Deal of the Century".

A senior Palestine Liberation Organization (PLO) official on Monday called for the establishment of an international assembly based on rights and justice, so as to end the Israeli occupation of the Palestinian territories.

According to a press statement, Hanan Ashrawi, member of the PLO Executive Committee, said that "an international assembly can be able to present alternatives and confront the dangers that threaten peace."

"This assembly can also end the illegal Israeli occupation," she said while meeting with a British parliamentary delegation in Ramallah.

Political ties between the Palestinian Authority and the United States have been severed after US President Donald Trump declared Jerusalem as the capital of Israel in 2017.

On Jan 28, Trump announced the US Mideast peace plan at the presence of Israeli Prime Minister Benjamin Netanyahu, which was strongly rejected by the Palestinians.

The PLO published on its official website that the US plan envolves 300 violations of international law and international resolutions.

Salleh Ra'fat, a PLO Executive Committee member, said in a press statement that "the state of Palestine will never surrender and will keep working with the United Nations Security Council to issue a resolution that rejects the deal."

Sabri Seidam, a member of Palestinian President Mahmoud Abbas' Fatah Party's Central Committee, called for a strict international intervention to rescue the principle of the two-state solution, as the US plan "flares the conflict but doesn't end it."

"The European Union is asked to find an initiative to resolve the Israeli-Palestinian conflict and present this initiative to President Trump to be an alternative to his plan," Seidam told Palestinian Radio.

The Palestinian Foreign Ministry said in a press statement that the international community has to move against the US peace plan.

"There has been no much time left to salvage the two-state solution," said the statement, adding that "neutral or reluctant positions towards this dangerous US-Israeli plan are not feasible in preventing a US coup against international law."

The Foreign Ministry's statement also said that "large parts of the US deal has been already implemented, mainly in issues related to Jerusalem and the Palestinian refugees."

Foreign ministers of 27 EU countries on Monday held a monthly meeting in Brussels to discuss the major developments in the Middle East, particularly, the US peace plan.

Shadi Othman, EU Communication officer in Jerusalem, told journalists in Ramallah that the peace process in the Middle East "topped the issues that were discussed during Brussels meeting."

"The European side seeks a stable, unified and clear position that is based on the international legitimacy criteria and reiterates that the only way for solving the conflict is through direct negotiations based on international peace references," he said.

Othman said, "The EU will keep backing the principle of the two-state solution on 1967 borders."