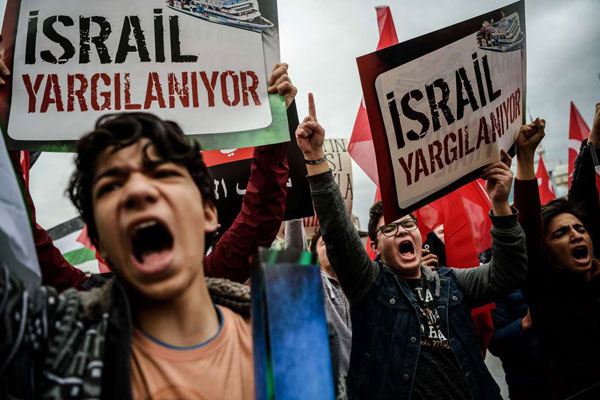 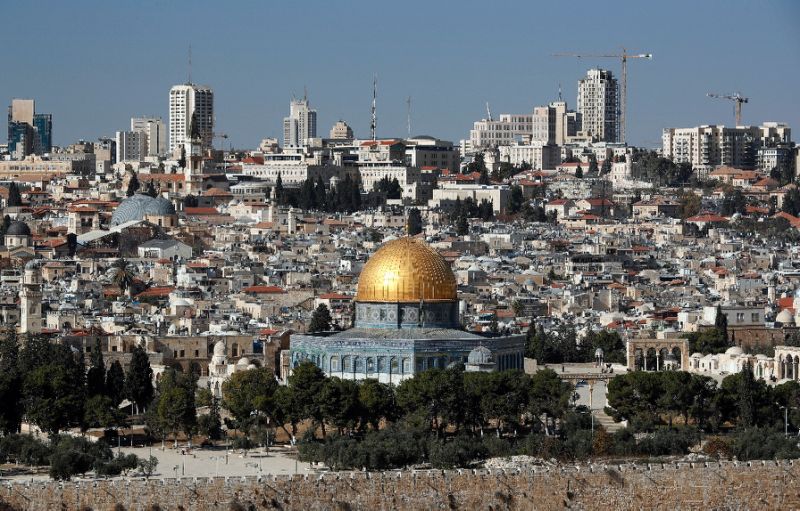 The Dome of the Rock mosque and a general view of Jerusalem, pictured on December 1, 2017. Photo: AFP / Thomas Coex

Ramallah - Palestinian leaders were seeking Sunday to rally diplomatic support to persuade US President Donald Trump not to recognise Jerusalem as Israel's capital after suggestions that he planned to do so.

Palestinian president Mahmud Abbas was holding a series of phone calls with world leaders to "explain the dangers of any decision to move the embassy to Jerusalem or recognise (Jerusalem) as Israel's capital", Abbas's diplomatic adviser Majdi al-Khalidi told AFP.

His calls so far have included those to Arab leaders, French President Emmanuel Macron and Turkish President Recep Tayyip Erdogan.

He also spoke to the leader of rival Palestinian faction Hamas, with the two sides agreeing to stage protests on Wednesday, a Hamas statement said.

Abbas was also said to be seeking meetings of the Organisation of Islamic Cooperation and the Arab League to discuss the issue.

He said Abbas was warning "of the consequences of taking such a decision that will threaten the political process and peacemaking efforts".

Erekat said in a statement Sunday that such recognition would "promote international anarchy and disrespect for global institutions", while the United States would "be disqualifying itself to play any role in any initiative towards achieving a just and lasting peace".

Islamist movement Hamas, which controls the Gaza Strip, called Saturday for a new "intifada" if Washington recognises Jerusalem as the capital of Israel or moves its embassy to the disputed city.

Abbas spoke to Hamas leader Ismail Haniya late Sunday, a Hamas statement said, with the two sides agreeing their opposition to any shift in US policy.

The rare call between the two comes as attempts at implementing a reconciliation deal have faltered in recent days.

They agreed to support marches "in every place" on Wednesday.

Trump is set to decide by Monday whether to move the American embassy in Israel from Tel Aviv to Jerusalem, a decision that would upturn long-standing policy and be at odds with other world powers.

Since 1995, it has been US law that Washington's embassy in Israel must be moved from Tel Aviv to Jerusalem, in line with Israeli government wishes.

But every six months since the law was passed, a succession of US presidents has signed a waiver to hold off on a switch which would enrage Palestinians and their Arab supporters.

Trump has signed the waiver once after vowing to Jewish-American supporters that he would be the president to finally make the switch permanent.

The next deadline comes on Monday, and some reports in Washington suggest that Trump is planning a speech on the issue next week before Vice President Mike Pence heads to Jerusalem.

The White House has described reports that he may refuse to sign the waiver as premature -- but sources told AFP they expect Trump to formally declare Jerusalem Israel's capital.

Israel claims the entire city as its undivided capital, while the Palestinians want the eastern sector as the capital of their future state.

The traditional US position has been that Jerusalem's future status must be negotiated by the two sides.

Trump's administration has been seeking ways to restart long-stalled peace efforts between the Israelis and the Palestinians.

There have been warnings that recognising Jerusalem as Israel's capital or moving the embassy there outside of negotiations would severely harm remaining chances for a two-state solution to the conflict.