Jum’s words tumble out over the phone, his voice growing ever more frantic. 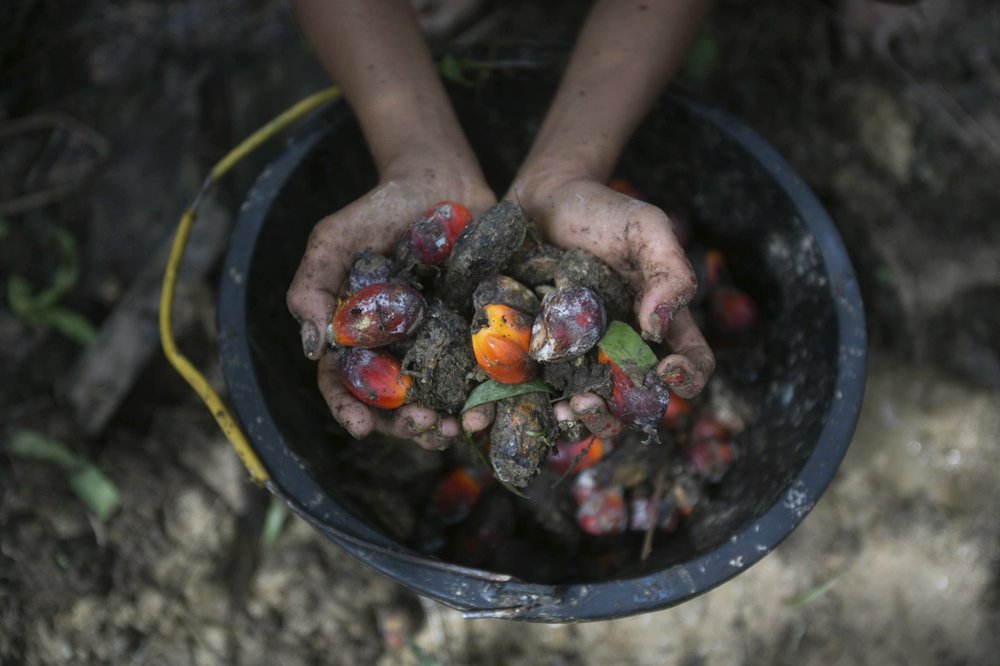 Between sobs, he says he’s trapped on a Malaysian plantation run by government-owned Felda, one of the world’s largest palm oil companies. His boss confiscated and then lost his Indonesian passport, he says, leaving him vulnerable to arrest. Night after night, he has been forced to hide from authorities, sleeping on the jungle floor, exposed to the wind and the rain. His biggest fear: the roaming tigers.

All the while, Jum says his supervisor demanded he keep working, tending the heavy reddish-orange palm oil fruit that has made its way into the supply chains of the planet’s most iconic food and cosmetics companies like Unilever, L’Oreal, Nestle and Procter & Gamble.

“I am not a free man anymore,” he says, his voice cracking. “I desperately want to see my mom and dad. I want to go home!”

An Associated Press investigation found many like Jum in Malaysia and neighboring Indonesia – an invisible workforce consisting of millions of laborers from some of the poorest corners of Asia, many of them enduring various forms of exploitation, with the most serious abuses including child labor, outright slavery and allegations of rape. Together, the two countries produce about 85 percent of the world’s estimated $65 billion palm oil supply.

Palm oil is virtually impossible to avoid. Often disguised on labels as an ingredient listed by more than 200 names, it can be found in roughly half the products on supermarket shelves and in most cosmetic brands. It’s in paints, plywood, pesticides and pills. It’s also present in animal feed, biofuels and even hand sanitizer.

The AP interviewed more than 130 current and former workers from two dozen palm oil companies who came from eight countries and labored on plantations across wide swaths of Malaysia and Indonesia. Almost all had complaints about their treatment, with some saying they were cheated, threatened, held against their will or forced to work off unsurmountable debts. Others said they were regularly harassed by authorities, swept up in raids and detained in government facilities.

They included members of Myanmar’s long-persecuted Rohingya minority, who fled ethnic cleansing in their homeland only to be sold into the palm oil industry. Fishermen who escaped years of slavery on boats also described coming ashore in search of help, but instead ending up being trafficked onto plantations -- sometimes with police involvement.

The AP used the most recently published data from producers, traders and buyers of the world’s most-consumed vegetable oil, as well as U.S. Customs records, to link the laborers’ palm oil and its derivatives from the mills that process it to the supply chains of top Western companies like the makers of Oreo cookies, Lysol cleaners and Hershey’s chocolate treats.

Reporters witnessed some abuses firsthand and reviewed police reports, complaints made to labor unions, videos and photos smuggled out of plantations and local media stories to corroborate accounts wherever possible. In some cases, reporters tracked down people who helped enslaved workers escape. More than a hundred rights advocates, academics, clergy members, activists and government officials also were interviewed.