Panama City on Thursday marked the 500th anniversary of its founding by the Spanish on Aug. 15, 1519. 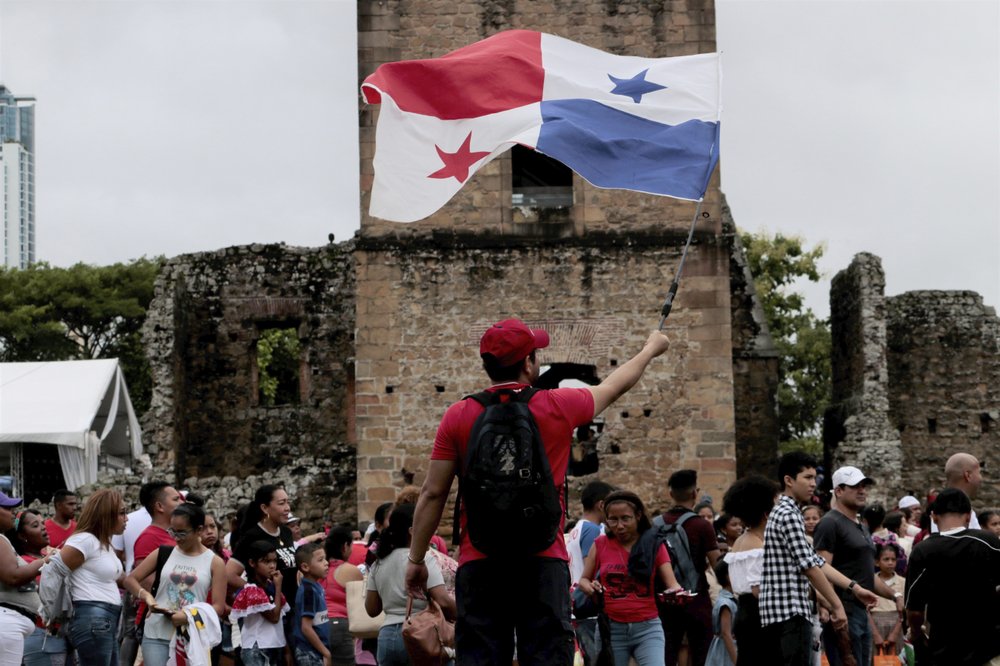 A person waves a Panama flag during the activities celebrating the 500 anniversary of the founding of Panama City, at the site of the ruins of Old Panama, Thursday, Aug. 15, 2019. (Photo: AP)

Big blue butterflies and smaller orange and black ones were released by the hundreds to mark the day when Pedro Arias de Avila founded the city.

The city's old center, known as the Casco Viejo, was declared a World Heritage Site in 2003. The city's center was moved there from a nearby site, known as Old Panama, in the 1670s after a fire.

There were parades and folk dancing shows as part of the celebrations, and actors dressed up as historical figures.

Historian Néstor Sanchez noted that now, as then, Panama City is an important crossroads, and "just like back then, we are a melting pot of races."

"Panama City was founded on the site of a fishing village," Sanchez said, noting Panama's strong indigenous heritage. "We have a history that goes back more than 500 years."