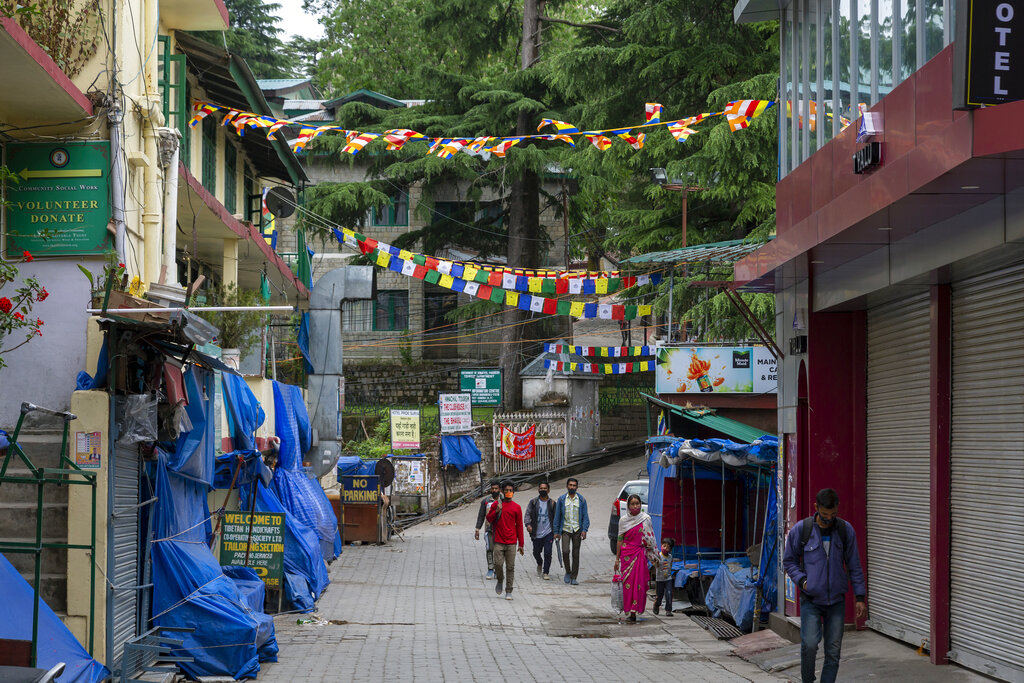 Daily-wage workers walk past closed shutters of shops in Dharmsala, India, Wednesday, May 5, 2021. The state government has announced a 10-day lockdown to curb the spread of coronavirus starting from Thursday midnight. (Photo: AP)

Around 230 million Indians fell into poverty due to the pandemic last year with young people and women the hardest hit, and the current second wave threatens to make matters even worse, a new study has said.

India's stringent months-long lockdown from last March put around 100 million people out of work, the report by the Bangalore-based Azim Premji University said, with around 15 percent unable to find jobs even by the end of the year.

Women were especially worse-off, with a staggering 47 percent of female workers unable to secure employment even after virus restrictions were lifted, according to the study published on Wednesday.

The report, which defined people in poverty as those living on less than 375 rupees ($5) per day, said: "Though incomes fell across the board, the pandemic has taken a far heavier toll on poorer households."

Asia's third-largest economy was in the throes of a prolonged slowdown even before Covid-19 struck, but the pandemic untraveled years of gains.

An estimated 50 million Indians were expected to climb out of poverty last year, instead the poorest 20 percent of households saw their entire income vanish in April and May as business ground to a halt.

"Needless to say, the second wave is going to make things worse," said Amit Basole, one of the report's authors.

Many families coped with the income losses by spending less on food and taking on debt, with an alarming 20 percent of respondents revealing that their food intake had not improved even six months later.

Last year's lockdown sparked a huge exodus of millions of migrant workers who headed home to their villages, with many planning to return after the economy reopened for business.

But one in three people aged under 25 failed to find work even by the end of the year after losing jobs in the lockdown, the study said.

As a vicious second virus wave overwhelms hospitals and triggers fresh curbs on economic activity in most of the country, millions of Indians whose lives are already precarious are likely to see their condition worsen.

"We find that additional government support is urgently needed now for two reasons - compensating for the losses sustained during the first year and anticipating the impact of the second wave," the study said.

The report's authors urged New Delhi to expand its fiscal stimulus by providing free groceries and cash transfers to the most vulnerable households as well as launch an employment programme in the worst-hit districts.