WORLD Pandemic may sweep away 20m jobs in Africa

Pandemic may sweep away 20m jobs in Africa 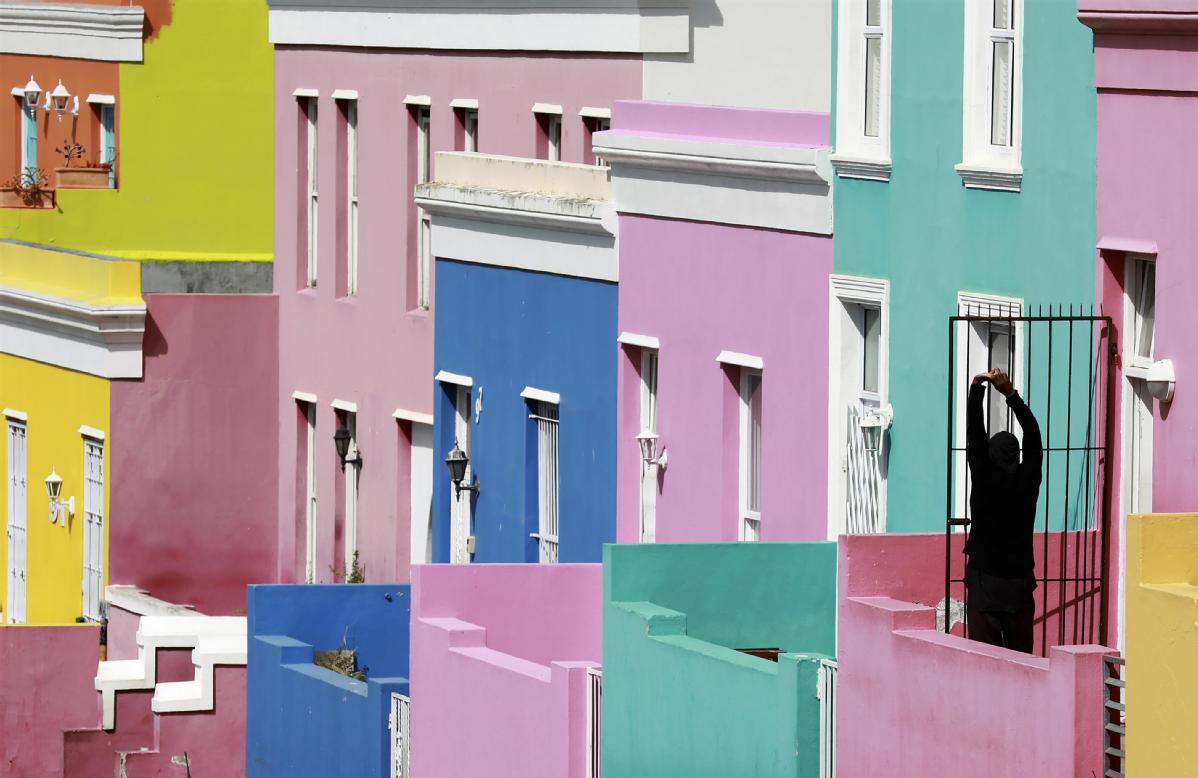 A man stretches at the entrance of his home in Cape Town, South Africa, on Tuesday. The country is locked down in an effort to control the spread of the coronavirus. NARDUS ENGELBRECHT/ASSOCIATED PRESS

"Today, crude oil is facing the biggest demand shock in its history, falling below $30 a barrel, due to the cessation of world trade since January," the report says. "For oil-producing countries in Africa like Nigeria and Angola, which are the continent's largest producers, oil revenues represent more than 90 percent of exports and more than 70 percent of their national budgets, and the fall in prices will likely hit them in a similar proportion."

The report identifies tourism as another sector that will put African economies under pressure. It provides more than a million jobs in Ethiopia, Kenya, Nigeria, South Africa and Tanzania. The African Union says tourism will be hurt by travel restrictions, the closure of borders and social distancing.

"Tourism supports 6.2 million jobs and contributes 2.6 percent of the continent's GDP," the report says. "So far, the travel restrictions in place have already resulted in the partial unemployment of airline staff and equipment. According data from the International Air Travel Association, African airlines had already lost $4.4 billion in revenue by March 11, due to the coronavirus."

The report notes that economies were also coming under pressure with reduced financial inflows from abroad, especially from remittances. Struggling family and friends overseas will find it increasingly difficult to send money home.

"Remittances have been the largest source of international financial flows to Africa since 2010, accounting for about a third of total external financial inflows. They represent the most stable source of flows, having nearly consistently increased in volume since 2010," the report says.

"However, with economic activity in the doldrums in many advanced and emerging market countries as a result of the coronavirus pandemic, remittances to Africa could experience significant declines." 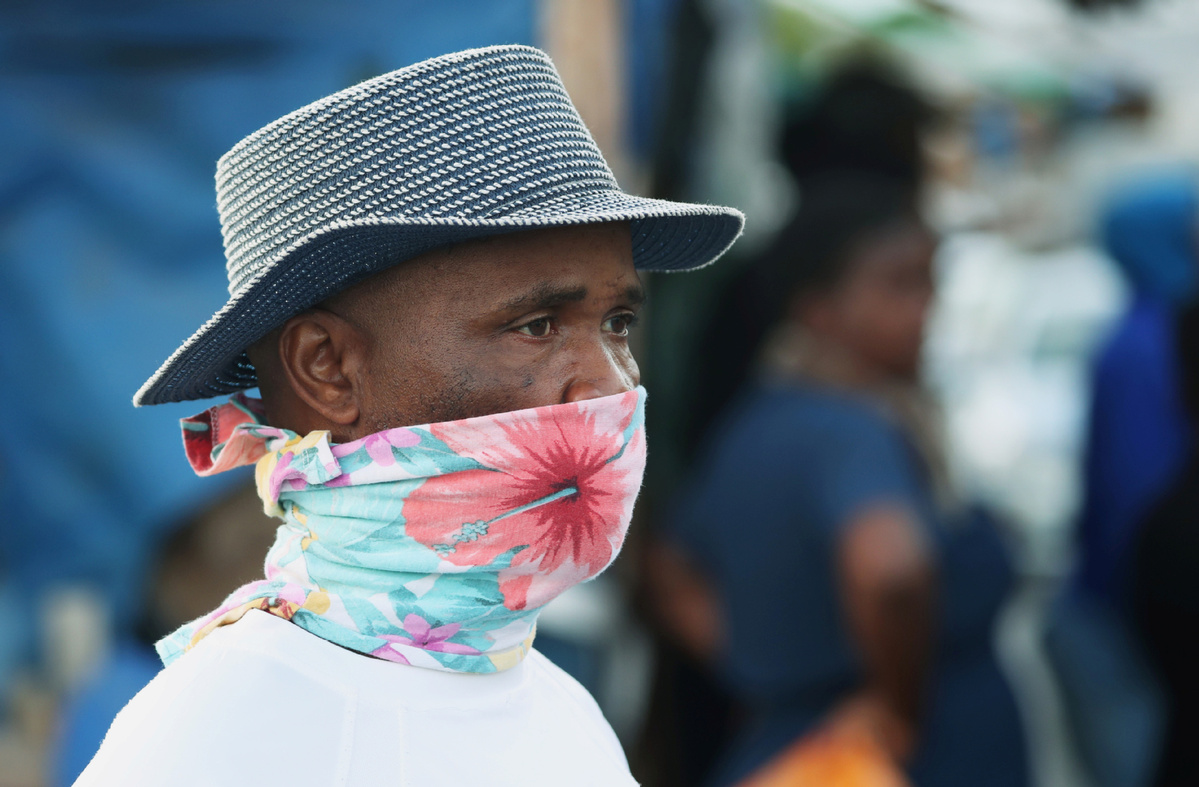 A man covers his face with a makeshift mask during a 21 day nationwide lockdown aimed at limiting the spread of coronavirus disease (COVID-19) in Khayelitsha township near Cape Town, South Africa, March 31, 2020. [Photo/Agencies]

The African Union warns that up to 20 million people could lose their jobs as the coronavirus makes ever deeper inroads into the continent.

The risks to national economies were set out in a report, "Impact of the Coronavirus on the African Economy", which was released on Monday.

The document also raised the specter of social unrest resulting from the turmoil.

The report focuses on the possible socio-economic repercussions of the outbreak in order to propose policy recommendations for implementation at a time when the pandemic is at an early stage in Africa.

"The coronavirus pandemic has revealed that African countries are extremely exposed to external shocks," the report says. "A paradigm shift is needed in order to change the trade patterns of African countries within themselves and with the rest of world. particularly with China, Europe, the USA and other emerging countries."

The African Union notes that tumbling oil prices will disrupt the economies of the major oil-producing countries, such as Algeria, Angola, Cameroon, Chad, Equatorial Guinea, Gabon, Ghana and Nigeria. The report singles out Nigeria and Angola, which draw up their budgets on the basis of oil trading at $67 a barrel. With prices dropping below $30 a barrel, many countries are staring at sharp budget deficits.