Pandemic put Algeria's protests on pause - will they now resume?

For over a year Algeria's defiant anti-government "Hirak" protesters seemed unstoppable, but weekly demonstrations skidded to a halt due to restrictions to end the coronavirus crisis. 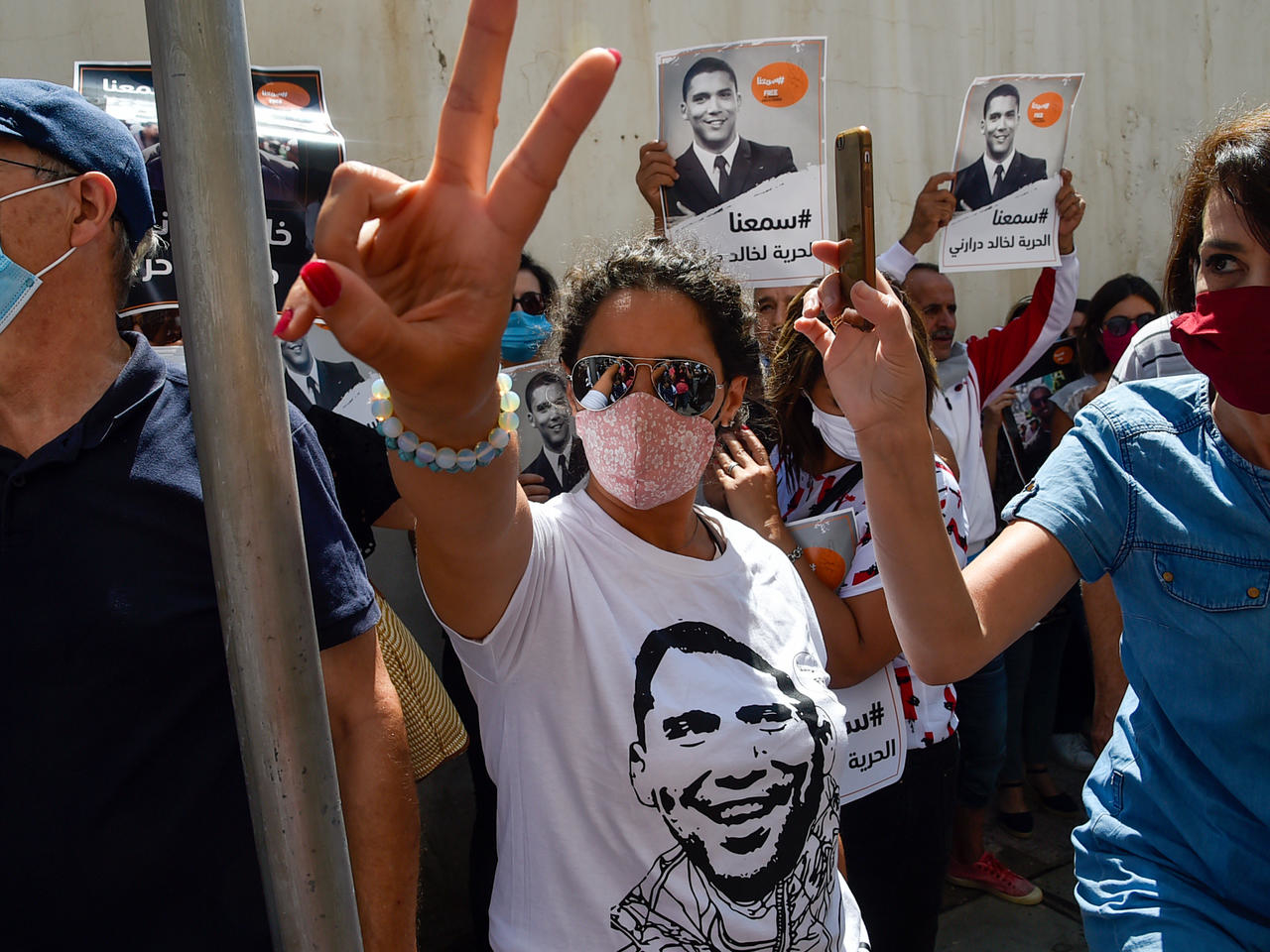 Algeria's Hirak protests have been stalled due to coronavirus restrictions, but demonstrators gathered to demand the release of journalist Khaled Drareni who has jailed for covering the Hirak marches. (Photo: AFP)

With two months to go before a key referendum on constitutional reform -- a vote the government hopes will meet their demands -- many expect the protests to return.

"The will to change the mode of governance is still present," said political scientist Louisa Driss Ait Hamadouche.

While the mass demonstrations in the North African nation may be on hold, the anger remains and, many believe, could soon rekindle the street protests.

"Although both hypotheses are possible, the most likely is the resumption of demonstrations," Hamadouche said.

But the rallies continued afterwards, demanding the ouster of the entire state apparatus, which is reviled by many Algerians as inept and corrupt.

"This spirit of civic protest means that, with or without popular demonstrations, Hirak is here to stay."

Mahrez Bouich, another political analyst, believes Hirak protests will continue "until the people's demands are met".

Not only do the original grievances driving protests remain, frustration has grown.

Anger has been compounded by a government crackdown against demonstrators, a rise in unemployment and a slumping economy.

"It is a popular phenomenon... caused by a build-up of frustrations and attacks on freedom, by a political system that refuses to change," said Mansour Kedidir, a political science researcher.

Yet while Hirak is a grassroots movement whose lack of a formal leadership structure gives it the resilience to continue, it is weakened by internal arguments.

Ideological splits between progressives and conservatives, as well as between secularists and Islamists, mean its divisions can be exploited by the authorities.

"Twenty years of Bouteflika's rule have damaged society to the point that no party can claim to be an alternative force," Kedidir said.

A government crackdown on critics -- including journalists, opposition politicians as well as Hirak members -- has stifled some of those willing to speak out.

Last month, two journalists were jailed for two and three years respectively, including for covering Hirak protests as reporters, in sentences criticised by international rights groups.

On Sunday, Human Rights Watch condemned the treatment of detained activist Abdellah Benaoum, a 54-year Hirak protester in poor health held by police since December, on charges including "undermining national unity" and inciting an unauthorised gathering.

He is one of some 45 Algerians held for their role in the movement, the New York-based group said.

"His imprisonment epitomises the authorities' determination to crush a nationwide, peaceful movement for democratic reform," it said.

While the half-year suspension due to the coronavirus crisis stripped the protests of momentum, the pandemic also fostered the creation of community and online solidarity networks.

President Abdelmadjid Tebboune, elected in December, has promised to break with the Bouteflika years, an era seen as synonymous with authoritarianism, corruption and nepotism.

Tebboune, formerly a premier under Bouteflika, has backed the constitutional referendum due on November 1, ostensibly as an answer to the popular protest movement.

On Sunday, the cabinet approved a review of the constitution, which parliament is expected to endorse before it is put to a vote in the November referendum.

The government said in a statement that the reform proposal would "lay out the long-standing legal basis for a new democratic Algeria".

But many Hirak-linked groups fear the referendum will simply be a means to paper over problems, without any deep-rooted reforms.

For many Algerians struggling to pay rent and purchase daily food, the intricacies of constitutional reform might seem of little immediate interest.

But protests against poor living conditions, especially among young people in the south of the country, may dovetail with Hirak demonstrations.

They just need a spark to light the flame, "like dry tinder", Kedidir said.