WORLD Pandemic unlikely to 'bring jobs back' to US, as Trump promised

Pandemic unlikely to 'bring jobs back' to US, as Trump promised 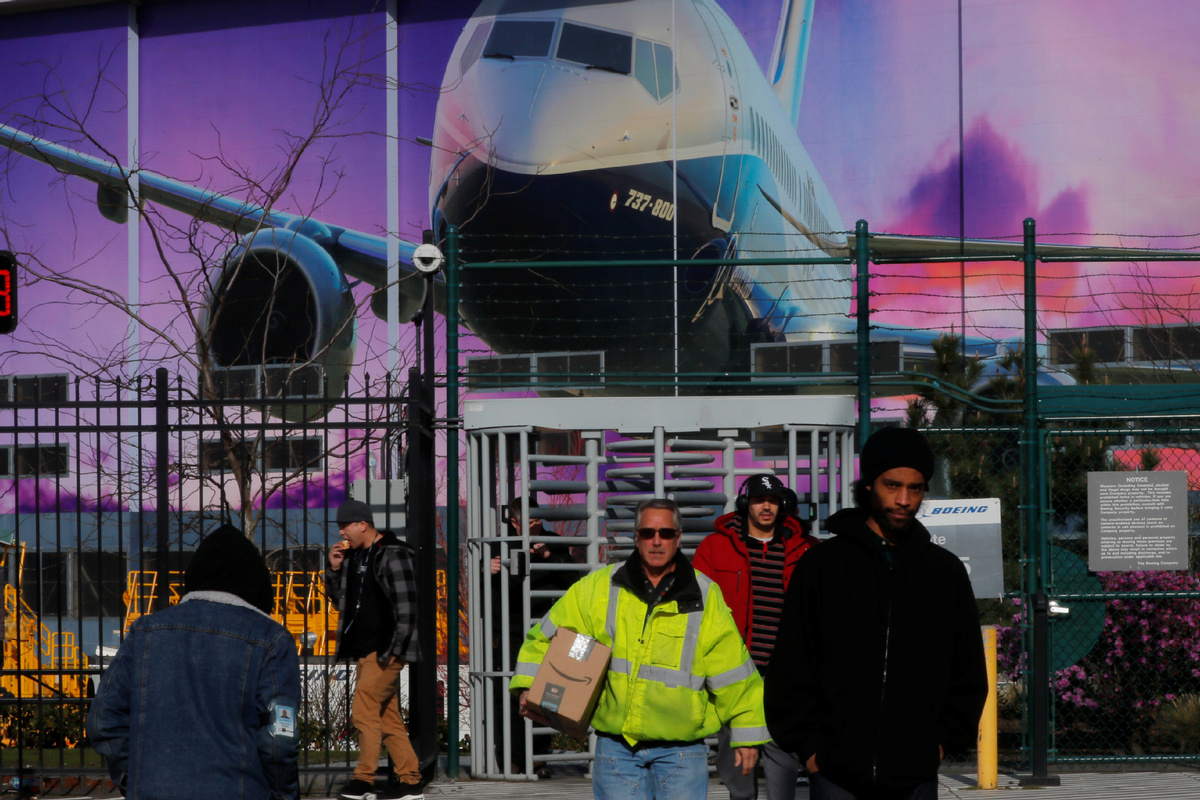 Employees and contractors leave the Boeing Renton Factory amid the COVID-19 outbreak in Renton, Washington, US on March 18, 2020. (Photo: Agencies)

It is unlikely the pandemic will bring manufacturing jobs back to the US from China, though the Trump administration keeps saying they are "coming home", according to US magazine Foreign Policy on May 27, 2020.

The center of US president Donald Trump's philosophy "America First" is bringing jobs back home, as he promised in his 2017 inaugural address "we will bring back our jobs".

Three years later, more US jobs were destroyed than any time since the Great Depression due to the coronavirus outbreak, which has killed over 100,000 Americans.

At the beginning of the pandemic, Commerce Secretary Wilbur Ross said the coronavirus would "help to accelerate the return of jobs to North America", while US Trade Representative Robert Lighthizer held the same view in early May, as he believed the pandemic left US companies with no choice but to return to the US.

However, the facts disagree. As mentioned in the magazine, there are two major flaws in the effort that Trump administration wants, putting aside the foreign policy consequences of an "America first" trade policy: "First, the combination of trade war and the pandemic is unlikely to force companies to bring manufacturing operations back to the United States on a significant scale. And second, with the advances in automation, any such reshoring is unlikely to bring the promised benefits in terms of well-paying employment for Americans."

It has been three years since Trump started the trade war with China, and there has been no sign more companies are rushing to return operations to the US.

Before the outbreak of COVID-19, there were already many enterprises reconfiguring supply chains to try to escape the tariff burden, since the average tariff rate on US imports of Chinese goods rose from just 3.1 percent to nearly 20, but Southeast Asia — especially Vietnam — was their preferred destination, rather than returning production to the US.

When it comes to the pandemic, it would be more likely the trend toward automation leading to a shift to the digital economy of the future will be accelerated rather than bringing US manufacturing home — a notion based on "make America Great Again" nostalgia.

Considering all the factors, the increase of employment in US would be next to nothing, even if some manufacturing operations return to the US due to the pandemic, and the possibility of improving the situation of American workers would be even less.