An appeals court on Friday ordered a federal judge to reconsider letting Justice Department lawyers immediately appeal a case that accuses President Donald Trump of profiting off the presidency. 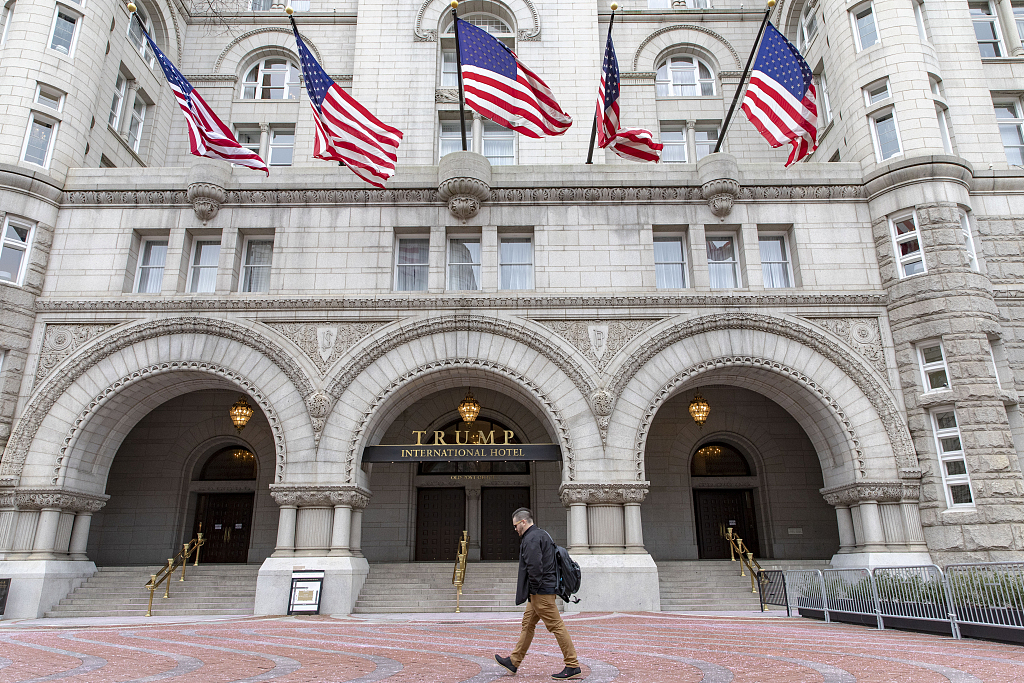 The three-judge panel for the U.S. Court of Appeals for the District of Columbia Circuit issued the order, which included a reprimand of U.S. District Judge Emmet Sullivan for not adequately addressing key legal questions before him and thereby abusing his discretion to deny the appeal merely because the case would proceed quickly.

In response to the appeals court's ruling, Sullivan on Friday immediately paused ongoing legal discovery - including 37 subpoena requests for information.

The Justice Department had asked the appeals court earlier this month to allow an appeal or dismissal of the case before Sullivan. The effort came ahead of the imminent deadline for discovery at the end of this month, which would have forced Trump-related entities such as his New York and Washington hotels, Trump Tower, the Trump Organization and Mar-a-Lago to turn over business tax returns, receipts and other documents.

The lawsuit was brought by nearly 200 congressional Democrats led by Sen. Richard Blumenthal of Connecticut and Rep. Jerrold Nadler of New York, who is also chair of the House Judiciary Committee. It argues that Trump has been accepting gifts from foreign governments without congressional approval. Trump, unlike modern presidents before him, has declined to fully divest from his businesses.

Ethics experts say the constitutional emoluments clause was created by the Founding Fathers to ensure that government officials act with the interests of the American public in mind instead of their own pocketbooks.

The Democrats' attorney, Elizabeth Wydra, who is president of the nonprofit Constitutional Accountability Center, said the D.C. Circuit's decision to return the case to Sullivan's court for reconsideration of an early appeal was understandable, but it should be resolved quickly.

"The courts should not allow the president to run out the clock and evade accountability to his oath to preserve, protect, and defend the Constitution— which includes the Foreign Emoluments Clause," Wydra said in a statement.

This was the second time Justice lawyers have petitioned a higher court to take up a case dealing with the emoluments clause, which bans government officials from accepting foreign gifts and money without Congress' permission.

Earlier this month, that effort bore fruit when an appeals court in Richmond, Virginia, threw out a lawsuit on the same clause of the U.S. Constitution, unanimously overturning the ruling of a Maryland federal judge.

The Democrats' attorneys have argued that Congress not only has a right but is required, as part of their jobs, to weigh in on potential emoluments to Trump, such as a $6.5 million condo purchase by the Qatari government or a Chinese government-owned company's investment in a project that will include a Trump-branded hotel and golf course in Indonesia.

Justice Department lawyers have argued in court papers that the Democrats suing the president are not being injured by him at all but by their colleagues in Congress, who have refused to take up the emoluments issue. The Justice lawyers also contended that Trump's business activity, such as hotel room earnings, doesn't qualify under the constitutional definition of emoluments.

Also at question, as raised by the appeals court Friday and by Justice lawyers, is whether one branch of government can conduct discovery against the president in his official capacity.

Friday's ruling was made by judges nominated by President Barack Obama in 2013 to the federal appeals court: Patricia Ann Millett, Cornelia Pillard and Robert Leon Wilkins.