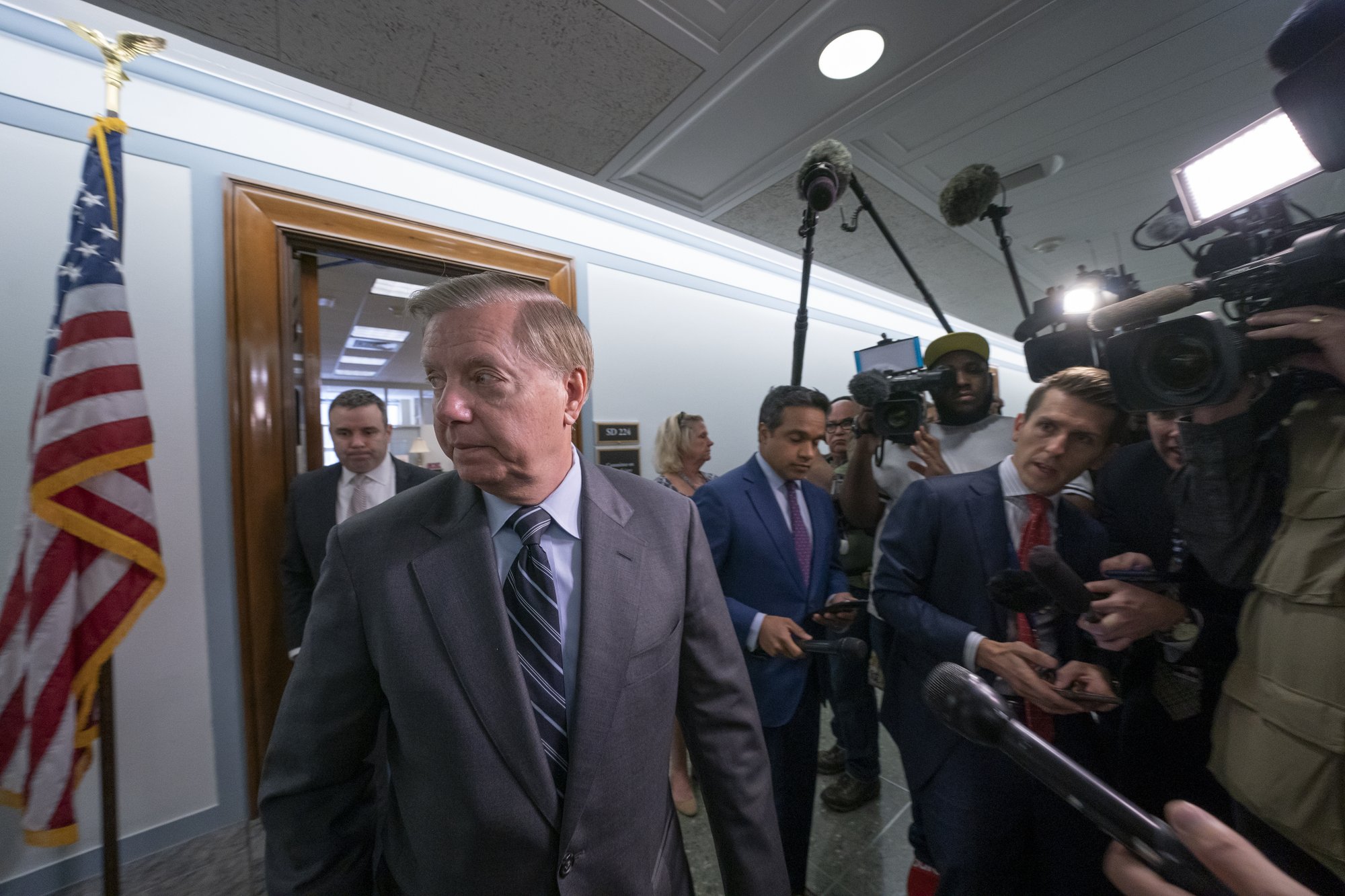 US Sen. Lindsey Graham, R-S.C., chairman of the Senate Judiciary Committee, finishes his response to reporters about his earlier advice to Donald Trump Jr. on being subpoenaed by the Senate Intelligence Committee, on Capitol Hill in Washington, Tuesday, May 14, 2019. (Photo: AP)

The US Senate Intelligence Committee has struck a deal with Donald Trump Jr. to appear for an interview next month.

That’s according to two people familiar with the agreement, who spoke on condition of anonymity Tuesday to discuss the terms of the confidential deal.

The deal comes after the panel subpoenaed the president’s eldest son to discuss answers Trump Jr. gave the panel’s staff in a 2017 interview. Trump Jr. had backed out of the interview twice, prompting the subpoena, according to people familiar with Senate Intelligence Committee Chairman Richard Burr’s remarks to a GOP luncheon last week.

The interview will last two to four hours, according to one of the two people familiar with the agreement.