The first batch of COVID-19 vaccines donated by the Chinese government arrived in Port Moresby, capital of Papua New Guinea (PNG), on Wednesday. 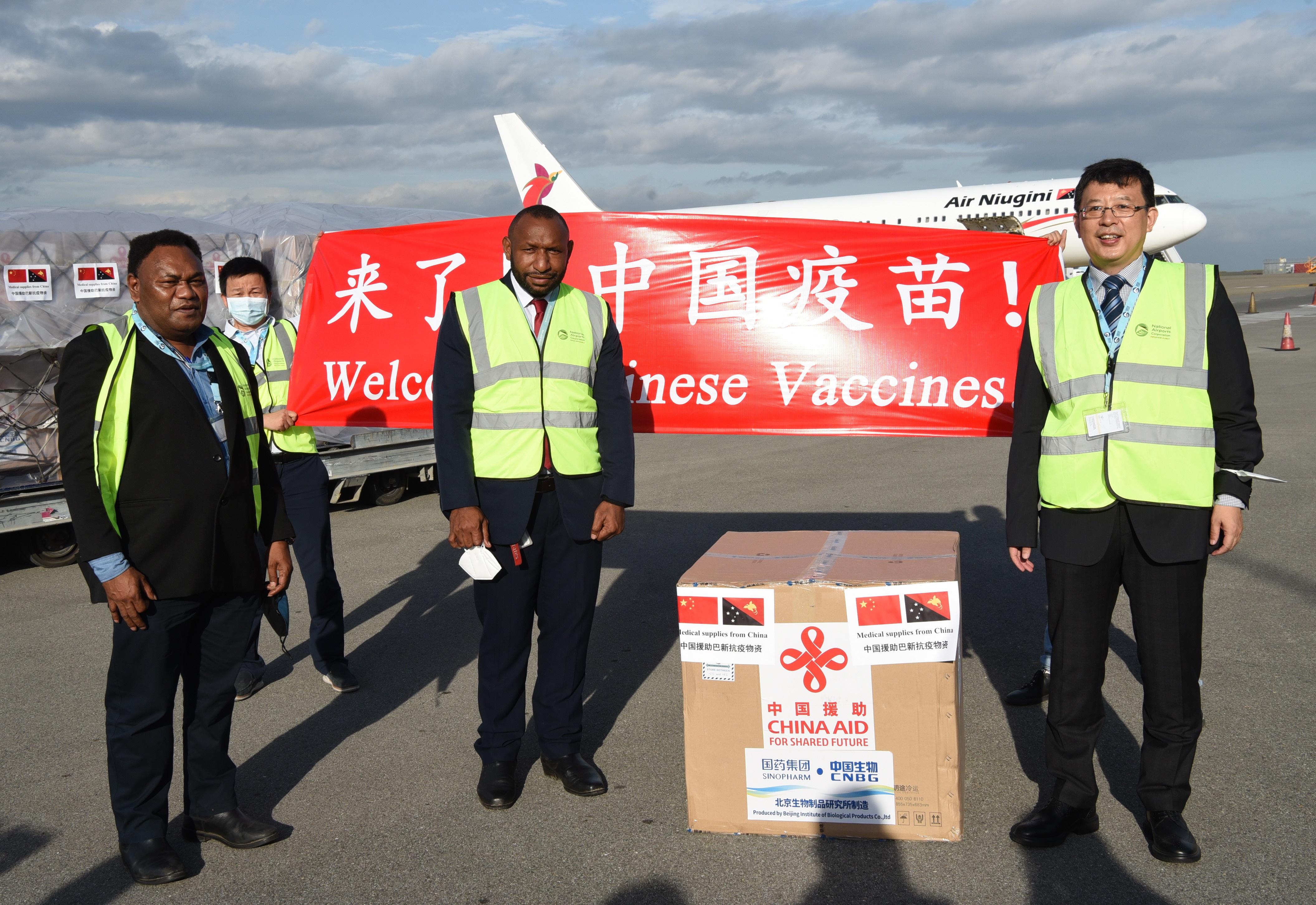 Paita thanked the Chinese government for the vaccine donation on behalf of Prime Minister James Marape and the country's people. He said the arrival of the vaccines once again highlights China's strong support as an important partner of PNG as it combats the epidemic.

Papua New Guinea has always attached great importance to developing its relations with China and will continue to promote practical cooperation between the two countries in health and other areas, the minister said. He also added that the relevant authorities will work together with the Chinese side to implement the rollout of Chinese vaccines as soon as possible for the benefit of the PNG people.

Meanwhile, Esorom said the China-donated vaccines are a reflection of the friendship between the two countries and will provide effective protection for the PNG people.

The National Control Center will make efforts to roll out the vaccines in PNG as soon as possible, he said.

He said he believes the vaccine will help the PNG people win the fight against the COVID-19.

China will continue to strengthen exchanges and cooperation with PNG in pandemic control and public health management, Zeng said.