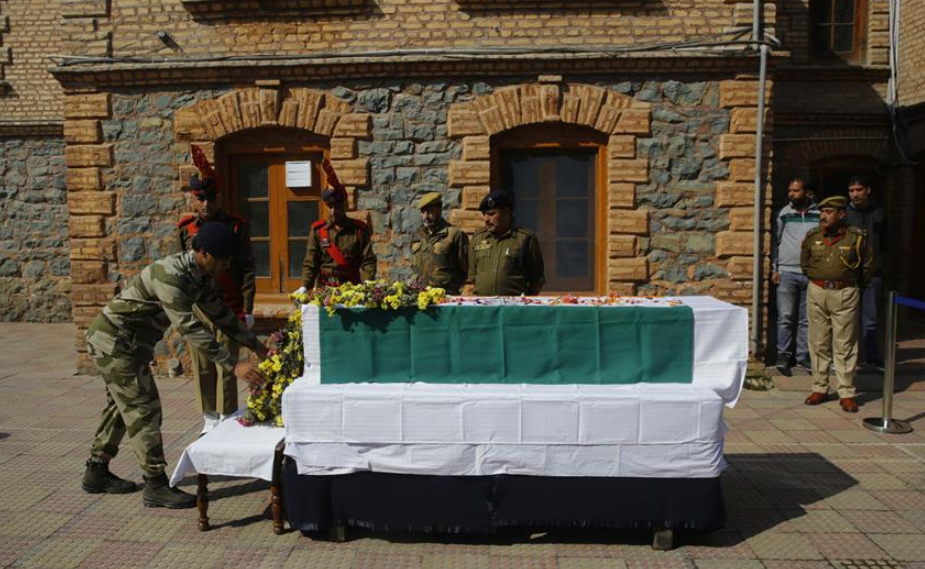 The attack was carried out in Nowgam in the outskirts of Srinagar city, the summer capital of Indian-controlled Kashmir.

"In the intervening night, a standoff fire by militants took place at the power grid station Wagoora in Nowgam area in which one assistant sub-inspector of CISF sustained serious bullet wounds," said a police spokesman. "The wounded CISF man was removed to hospital, where he succumbed to his wounds."

Reports said the militants attacked the CISF personnel by hurling grenade and gunfire.

The police spokesman said the attack was "successfully repulsed" by alert troopers at the spot.

Following the attack, police and paramilitary cordoned off the area to conduct searches for the militants.

Since last week, a spike in deadly gunfights was witnessed across the region.

A guerilla war is going on between militants and Indian troops stationed in Indian-controlled Kashmir since 1989. The gunfight between the two sides takes place intermittently across the region.