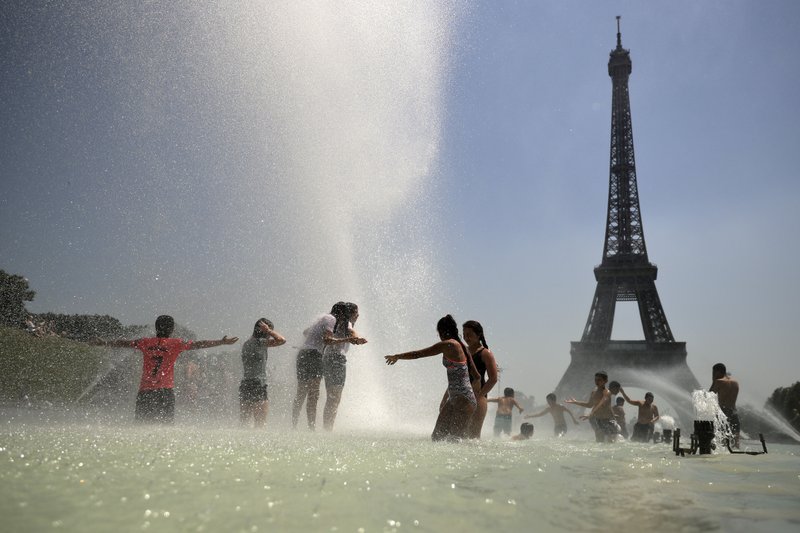 PARIS, July 1 (Xinhua) -- As of Monday, older and diesel cars are definitively banned from circulating in Paris and its suburbs as the government is working to improve the French capital's deteriorating air quality and encourage motorists to switch to clean transport means to help combat climate change, French officials said.

"We are now in a phase of pedagogy and prevention. Our priority? Fight against pollution," Gregoire wrote in a Twitter message.

Cars with Crit'Air 5 stickers, diesel vehicles registered between January 1997 and Dec. 31, 2000, are also banned from being driven anywhere inside the Peripherique ring road, which is considered the city's limits.

This means that 2.76 million out of the 8 million cars registered in Ile-de-France can no longer circulate in Paris and its suburbs from Monday to Friday between 6:00 and 18:00 GMT.

There are six different categories of Crit'Air stickers, all represented by a color. These classify the car by age, engine type and emission level.

The new regulation, officially enforced since April 1, 2017, obliges all the motorists in restricted traffic zones (ZCRs), where the level of pollution is high, to display a Crit'Air sticker on their vehicles.

Motorists who violate the rule must pay 68 euros (76.90 US dollars), while bus and truck drivers risk to be fined 135 euros.

According to Airparif, an independent group that monitors air quality in the Paris agglomeration, transport remains the main polluting sector. In a report issued in December 2018, it found that 65 percent of nitrogen dioxide (NO2) and more than one-third of ozone and fine lead particle (PM10 and PM2.5) pollution is caused by old and polluting vehicles. (1 euro = 1.13 US dollar)