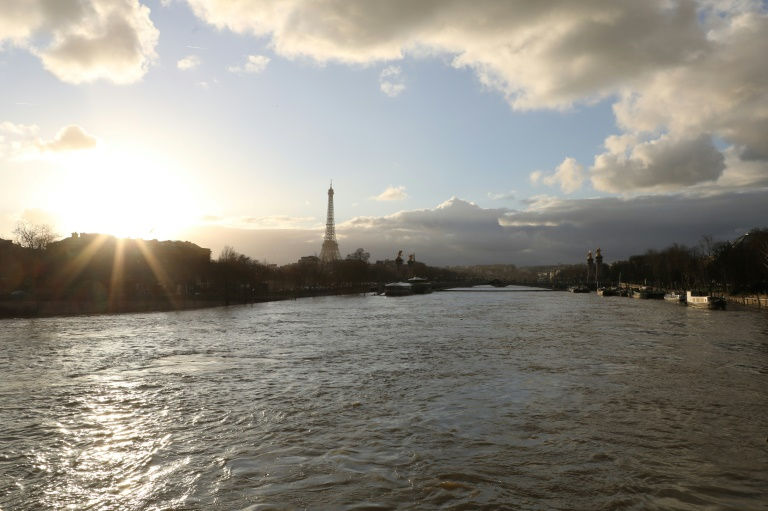 Paris was on alert Saturday as the swollen Seine crept higher, with forecasters expecting the flooding to peak before the weekend is out.

The river had risen 11cm in 24 hours by Saturday evening, more than four metres above its normal height, causing headaches for commuters as well as people living near its overflowing banks.

Tourists suffered too with the capital's famous Bateaux Mouches rivercraft out of service, and only emergency services authorised to navigate the Seine.

The Vigicrues flooding agency believe the river will continue to rise, peaking at 5.95 metres on Sunday night or Monday, but not quite reaching the 2016 high of 6.1 metres, when the Louvre museum was forced to close its doors for four days.

But the world's most visited museum was on high alert on Saturday, along with the Musee d'Orsay and Orangerie galleries, with the lower level of the Louvre's Islamic arts wing closed to visitors.

Leaks started to appear in some basements in Paris on Friday, while some residents on the city's outskirts were forced to travel by boat through waterlogged streets.

A health centre in Paris's northwestern suburbs, where 86 patients were receiving care, was also evacuated on Friday.

In total around 1,000 people have been evacuated from their homes in the greater Paris region, according to police, while around 1,500 homes were without electricity.

"Due to the spread of flooding to different tributaries, the level of the Seine in Paris will continue rising again on the weekend," said Vigicrues, adding that highest level would last for about 10 hours before slowly going down.

The extent of the rising water levels was evident from the Seine lapping half way up the Zouave statue of a Crimean soldier on the Pont de l'Alma bridge. 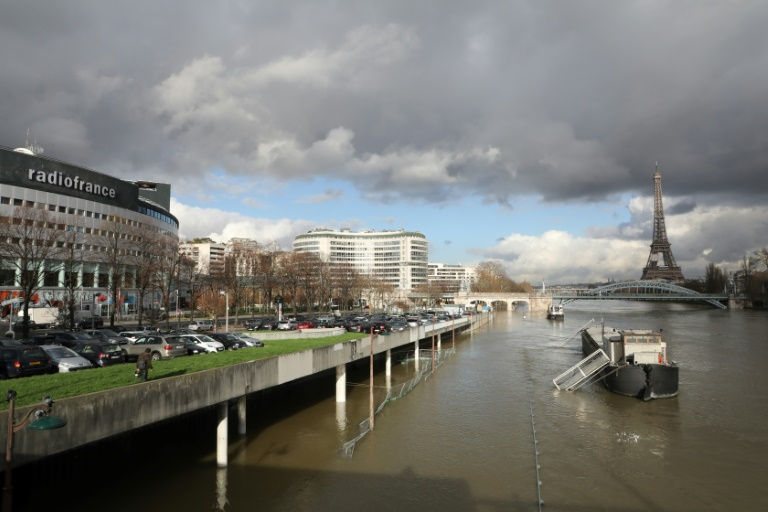 "There are six studios in the basement, and we've had to set up blocks outside to keep the windows from breaking and covering everything in water," he said.

Outside, where the river was nearly lapping the tyres of parked vehicles, a young woman said it was "great to see ducks instead of cars".

The December-January period is now the third-wettest on record since data collection began in 1900, according to France's meteorological service. 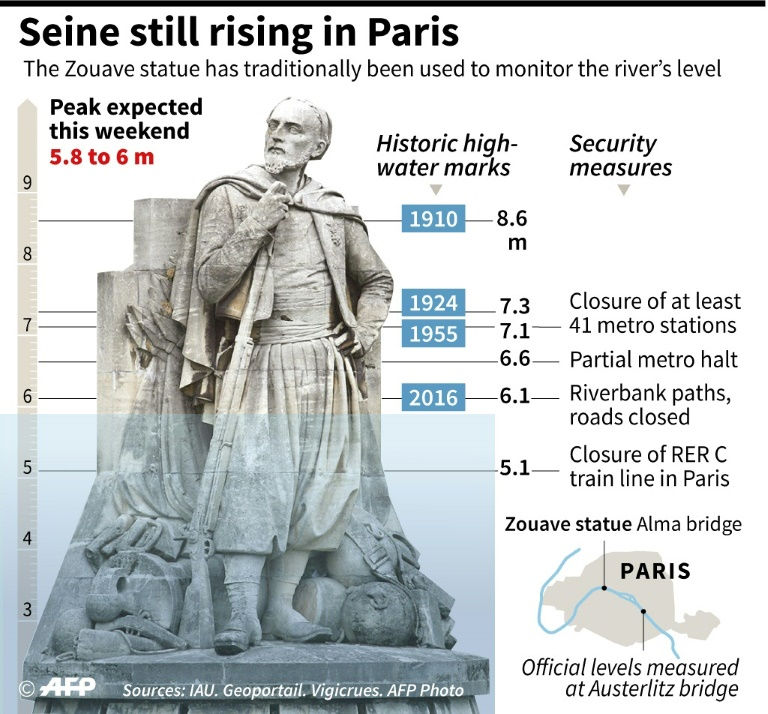 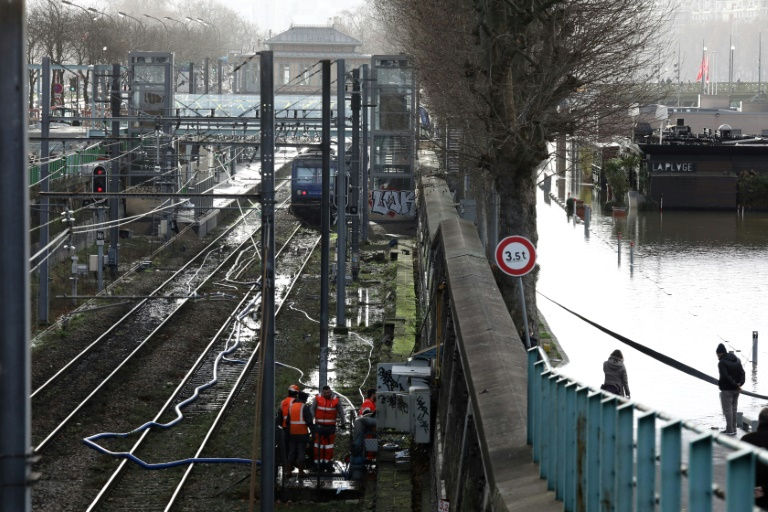 In the south of France, heavy rains caused a breach in the water supply pipe of a holding tank on an oil platform in La Mede, near Marseille, on Saturday, French giant Total said.

Contaminated water, not concentrated crude oil, had leaked, Total said in a statement.