Parisians were on Monday bracing for potentially the hottest ever temperature in the French capital this week as a new heatwave blasted into northern Europe that could set records in several countries. 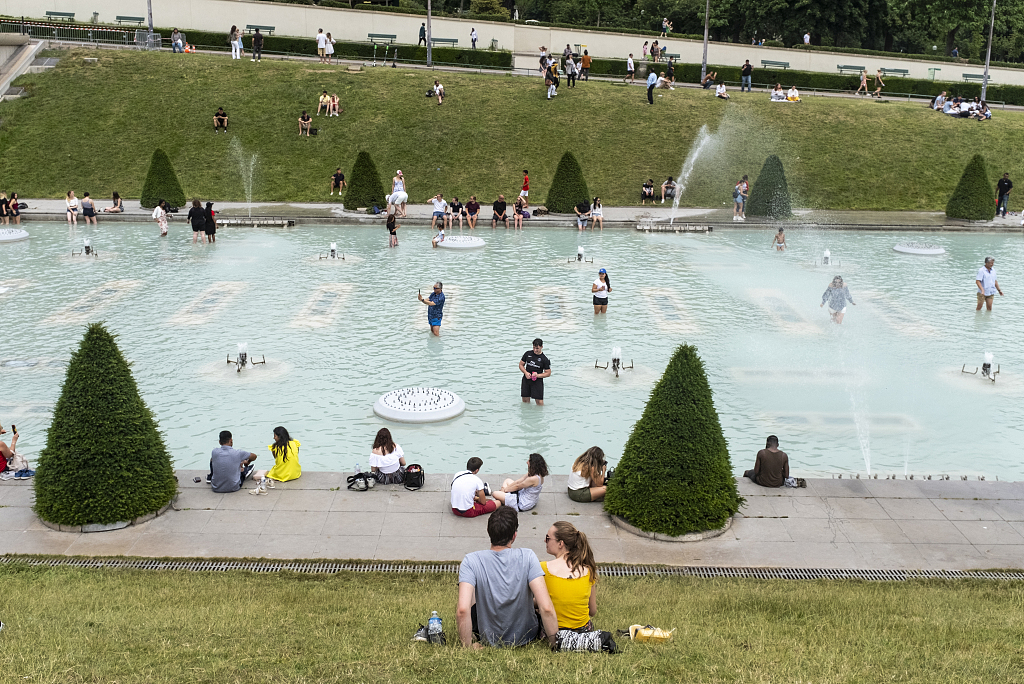 Many Parisians and tourists walk and bathe in the Trocadero fountain to refresh themselves. (Photo: VCG)

Temperatures were already set to top 30 degrees Celsius (86 degrees Fahrenheit) on Monday in Paris, but the mercury could soar beyond 40C on Thursday and topple a temperature record dating back to 1947.

The severe heat, which forecasters say will only last a few days but will be exceptionally intense, is expected to affect northern France and parts of Belgium, Luxembourg and the Netherlands.

"It's likely that these three countries see temperatures at or above 40C for the first time," Francois Jobard, a forecaster from the French Meteo France weather office, told AFP.

The new blast of hot air comes less than a month after a heatwave scorched Europe at the end of June, forcing new attention on the issue of climate change.

"The heatwave that is too much," said the headline in the Le Parisien daily on Monday, highlighting that "Act II" of this summer's severe weather would further hurt production of crops from potatoes to grapes.