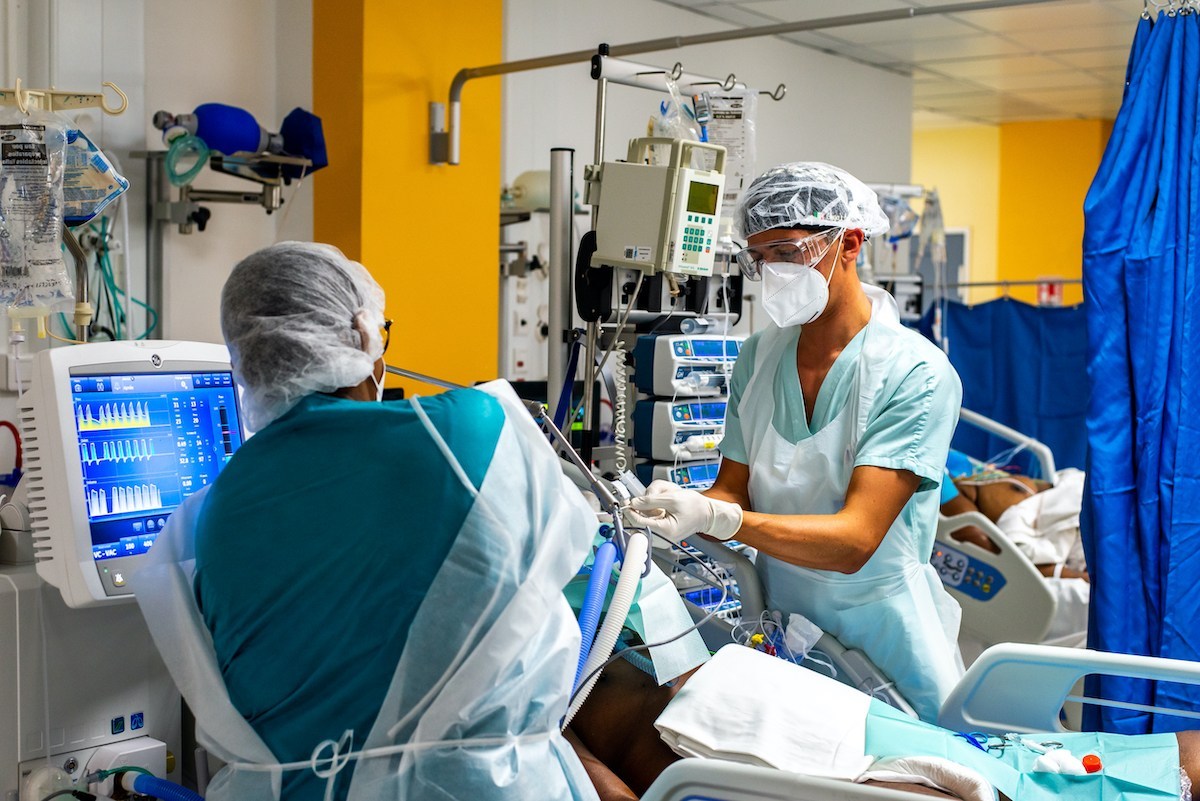 Hospitals in Paris could have up to 90 percent of intensive care beds packed with Covid-19 patients as soon as next week, the system's chief warned Tuesday, as France braces for new measures to slow a surge in cases.

"It's inevitable," Martin Hirsch, the head of the 39 hospitals in Paris and its suburbs, told the Parisien newspaper.

"By around October 24, there will be a minimum of 800 to 1,000 Covid patients in intensive care, representing 70 to 90 percent of our current capacity," he said.

He met with top ministers Tuesday morning to evaluate potential measures for slowing a second wave of infections.

In his last major TV interview, to mark the Bastille Day holiday in July, Macron ordered that face masks be used in all enclosed public spaces nationwide. Since then, they have also become compulsory on the streets of Paris.

Media reports have speculated that new measures could include curfews in Paris and other cities placed on maximum alert because of fast-rising Covid cases that are again straining hospitals.

"Individual responsibility is 50 percent of this. We won't succeed if people don't get serious," a government source told AFP.

Asked what he would like to see, Hirsch called for tighter work-from-home requirements and new measures to ensure social distancing.

In Paris and other at-risk cities, bars have already been closed, access to gyms has been sharply curtailed, and stricter crowd limits set on shopping malls and other venues.

The national health agency reported 94 Covid deaths in the past 24 hours on Monday, and 171 new patients in intensive care.

Overall, 1,539 people are now in intensive care across France, which has a total capacity of some 5,000 beds -- at the height of the crisis last April, more than 7,000 patients were in intensive care, some in emergency military field hospitals.