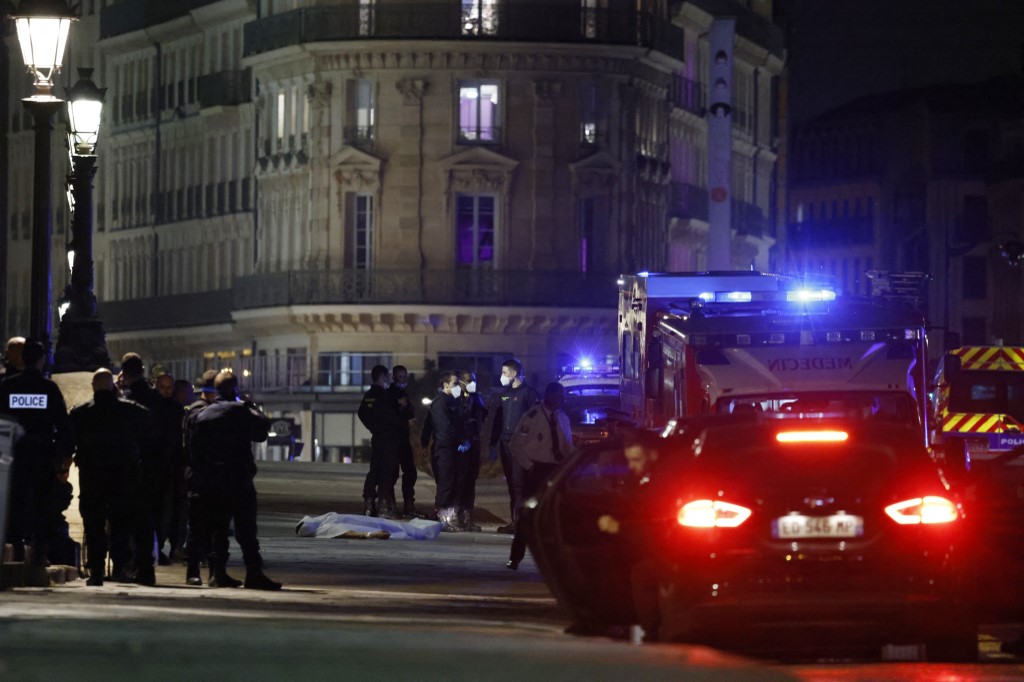 Police officers investigates the body of one of two people shot by police in Paris on April 25, 2022. (Photo: AFP)

Police in central Paris shot dead two people on Sunday, firing on a car that was trying to hit them, a police source told AFP on the evening of the French election.

The vehicle was driving against the flow of traffic on the Pont Neuf when it sped towards the officers, who opened fire, according to the same police source.

A security perimeter had been set up at the scene in the heart of the capital where a judge was expected to arrive.

France's police oversight body, the General Inspectorate of the National Police, is also expected to be deployed, as is typical following an officer's use of a firearm.