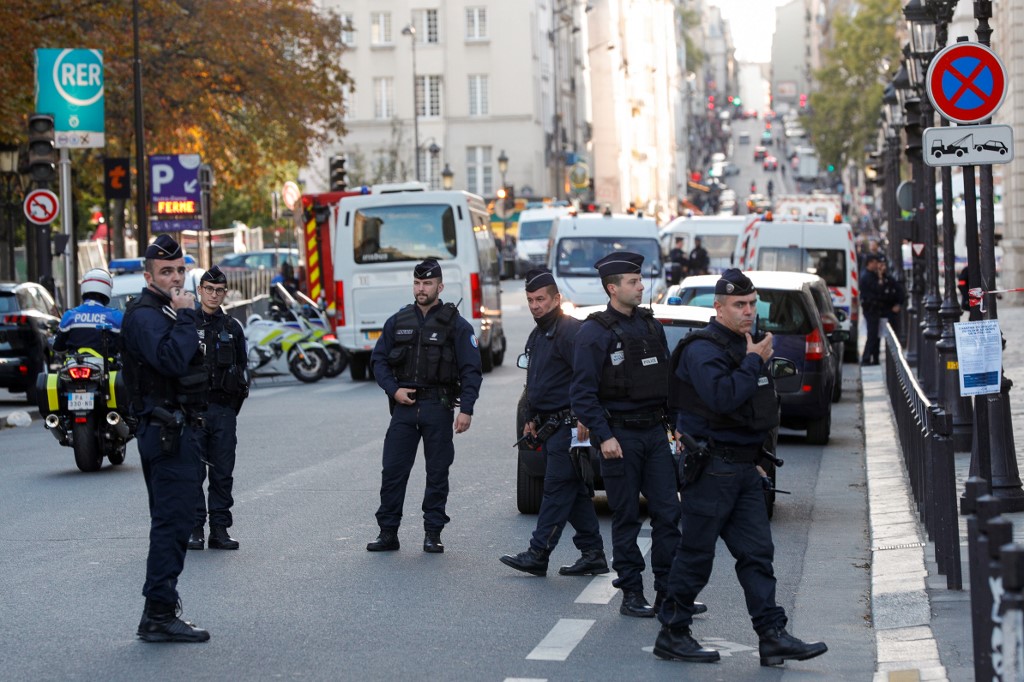 A staffer at Paris police headquarters who stabbed four colleagues to death seems to have adhered to "a radical vision of Islam", anti-terror prosecutor Jean-Francois Ricard said Saturday.

The assailant, a 45-year-old computer expert, had been in contact with members of the "Salafist Islamist movement", Ricard told reporters.

The attacker "agreed with certain atrocities committed in the name of that religion" and defended the Charlie Hebdo attacks in 2015, Ricard said.

He had also changed his attire in recent months and wished to no longer "have certain kinds of contact with women".

Three police officers and an administrative worker -- three men and a woman -- died in the frenzied 30-minute attack on Thursday at the police headquarters, a stone's throw from the Notre-Dame cathedral in the historic heart of Paris.

The assailant was eventually shot dead by police.

Two other people were injured in the Thursday lunchtime stabbing spree that sent shock waves through an embattled French police force already complaining of low morale.

The assailant, named as Mickael Harpon, was born on the French overseas territory of Martinique in the Caribbean.

Sources said he had worked in a section of the police service dedicated to collecting information on jihadist radicalisation.