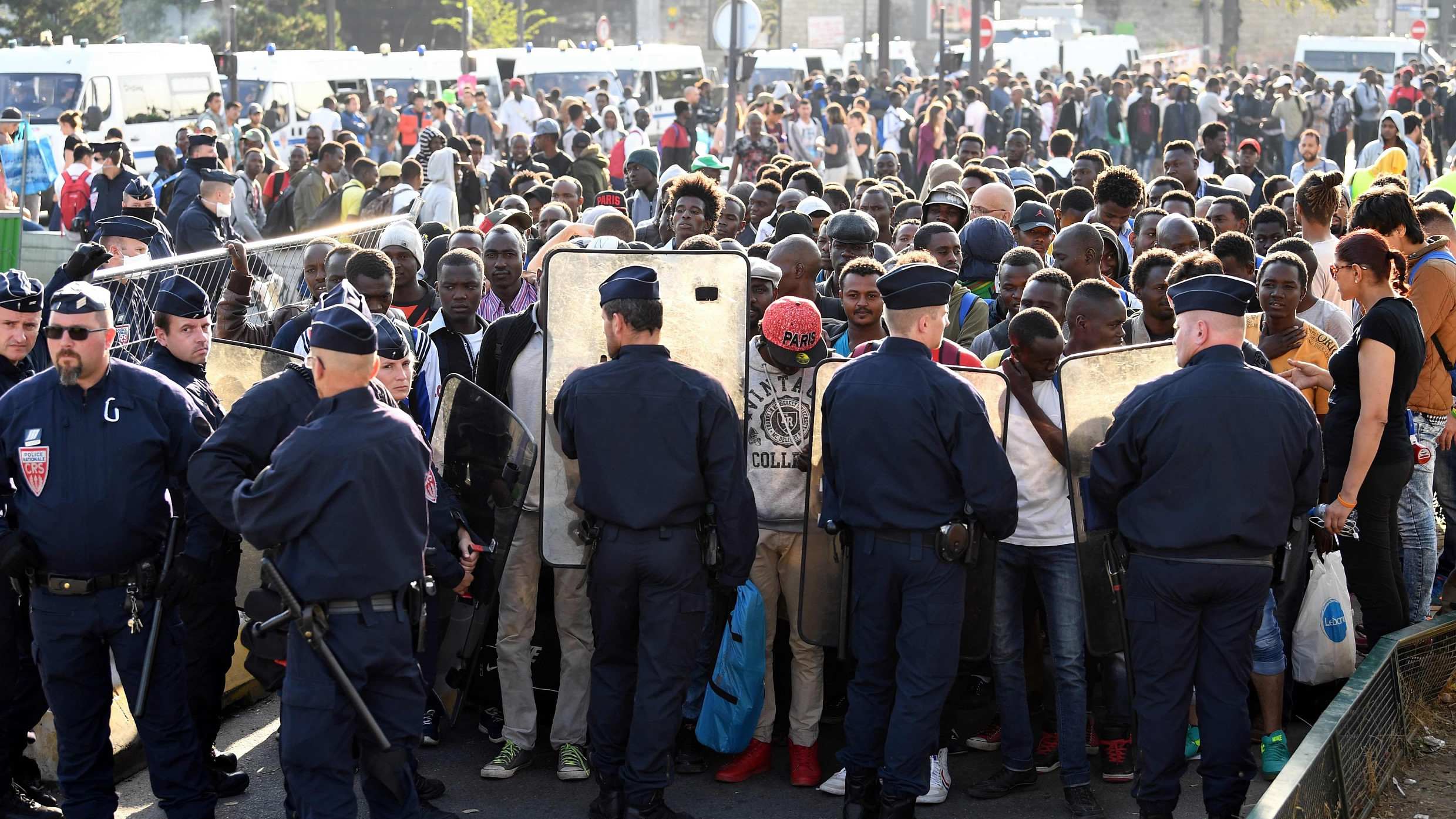 PARIS, Nov. 28 (Xinhua) -- Hundreds of migrants were evacuated from an illegal migrant camp at the northern Paris commune of Aubervilliers, as part of the government's plan to address migrants' flows, Paris prefecture police said on Thursday.

Police would put up to 300 people, among them women and minors, in shelters to ensure security and provide necessary humanitarian aid to vulnerable migrants, the prefecture said.

Authorities "are actively working to completely dismantle the camp at La Porte d'Aubervilliers," it said without elaborating.

According to local media, about 2,000 migrants have been camping there in poor conditions,

Early this month, police had evacuated more than 1,300 migrants from two illegal campsites in northeastern Paris as the government targets to clear out all migrants' camps in the capital suburbs by year-end.

Dismantling illegal migrant camps is a part of the government's plan, which it had unveiled on Nov. 6, to better curb immigrants' flows. It has also pledged to impose quotas for immigrant workers and restrict access to non-urgent healthcare for the newly-arrived asylum seekers.

Millions of migrants from Africa and the Middle East have come to European countries over the past years. Some migrants had come to Paris and lived in rickety tents in dire conditions near the capital's ring road.