WORLD Paris streets near Notre Dame to be decontaminated from lead

Paris streets near Notre Dame to be decontaminated from lead 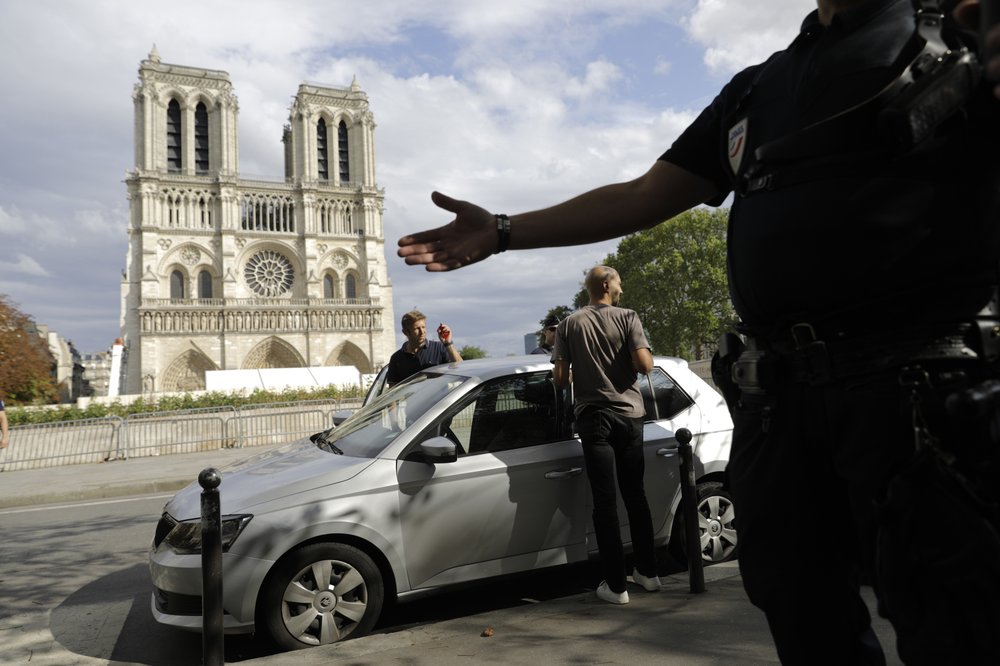 Paris authorities shut down streets surrounding the Notre Dame Cathedral to decontaminate them Tuesday, after high levels of lead were registered in the area following the April blaze that damaged the landmark.

The painstaking cleanup work inside Notre Dame itself was suspended last month for safety reasons, as activists and residents accused authorities of underestimating the threat of lead poisoning. Hundreds of tons of lead melted in the fire, which destroyed the cathedral’s metal and wood roof.

On Tuesday, police blocked several streets and a bridge around the monument, and high fences were erected to keep out Parisians and tourists alike.

Experts plan to use two decontamination techniques for the surrounding neighborhoods, according to the culture ministry. One method will feature high pressure water jets with chemical agents. Another involves spreading a gel on public benches, street lights and other fixtures to absorb the lead, letting it dry for several days before removing it. The overall operation is expected to take about three weeks.

Police union official Frederic Guillo said that after the current street-cleaning effort is over, authorities “will have to ask the question if we should extend the decontamination zone” to any other neighboring streets.

Workers began decontaminating last week some Paris schools tested with unsafe levels of lead, and city authorities say all schools are expected to be decontaminated when children return to school in early September.

Separately, work is continuing on the new decontamination zone for workers who’ve been clearing hazardous debris from inside Notre Dame, to ensure that their activities don’t generate any pollution outside the work zone. Authorities expect that to be ready by Aug. 19 and for cleanup work to resume.

However that debris cleanup is still just a first step — to ready the cathedral for a massive, multimillion-euro reconstruction effort.