New cycling lanes in Paris, opened in a rush to deal with a massive commuter shift to bikes during the Covid pandemic, will be made permanent, the city's mayor said Wednesday. 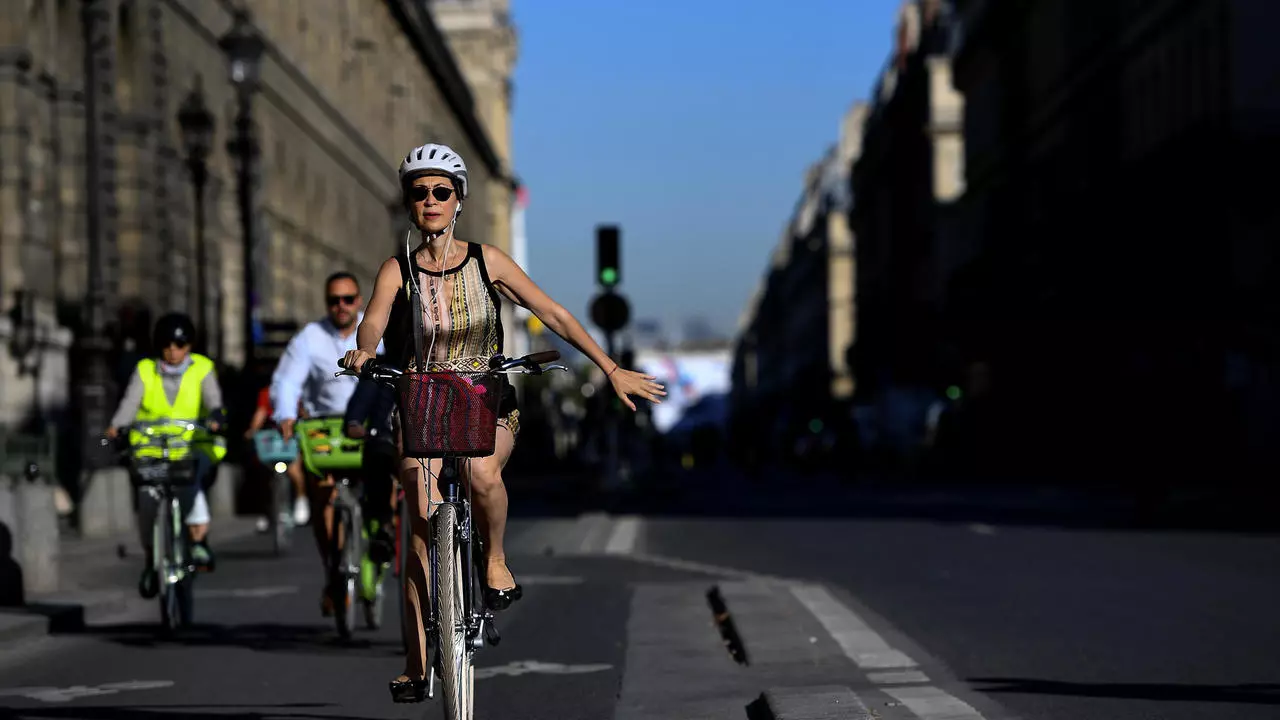 After years of expanding the French capital's network of bike paths, city officials turned an additional 50 kilometres (31 miles) of traffic lanes used by cars over to cyclists in a move initially announced as temporary.

"They will be made permanent, we're working on that", Mayor Anne Hidalgo told Europe 1 radio.

She said that the surge in cycling Parisians had shown that bikes had become a credible commuting choice, and that "it also helps to cut pollution."

Hidalgo's most radical move during the pandemic was to turn the Rue de Rivoli, a main thoroughfare running between the Bastille and past the Louvre to the sprawling Place de la Concorde, into a multi-lane biking highway.

This arrangement will also be kept in place beyond the pandemic, Hidalgo said, with just taxis, buses and some other vehicle categories allowed there.

Paris, other cities and the French government have made big efforts to boost cycling, as social distancing rules make public transport inconvenient and risky.

The French government said this week that it would commit an additional 20 million euros ($23.8 million) to subsidies for bike repairs or tune-ups, extending a popular programme aimed at easing public transport crowds.

Bike repair shops are booked out for months as Parisians dust off their bikes, while the bike rental scheme Velib' is working at capacity.

Paris is well-placed to turn the virus crisis into an opportunity to encourage cycling, after placing it at the heart of transport policy for years.

The five-year plan included doubling Paris cycle lanes to 1,400 kilometres from 700, creating 10,000 bike parking spots and upgrading the Velib' system, which had been falling into disrepair.